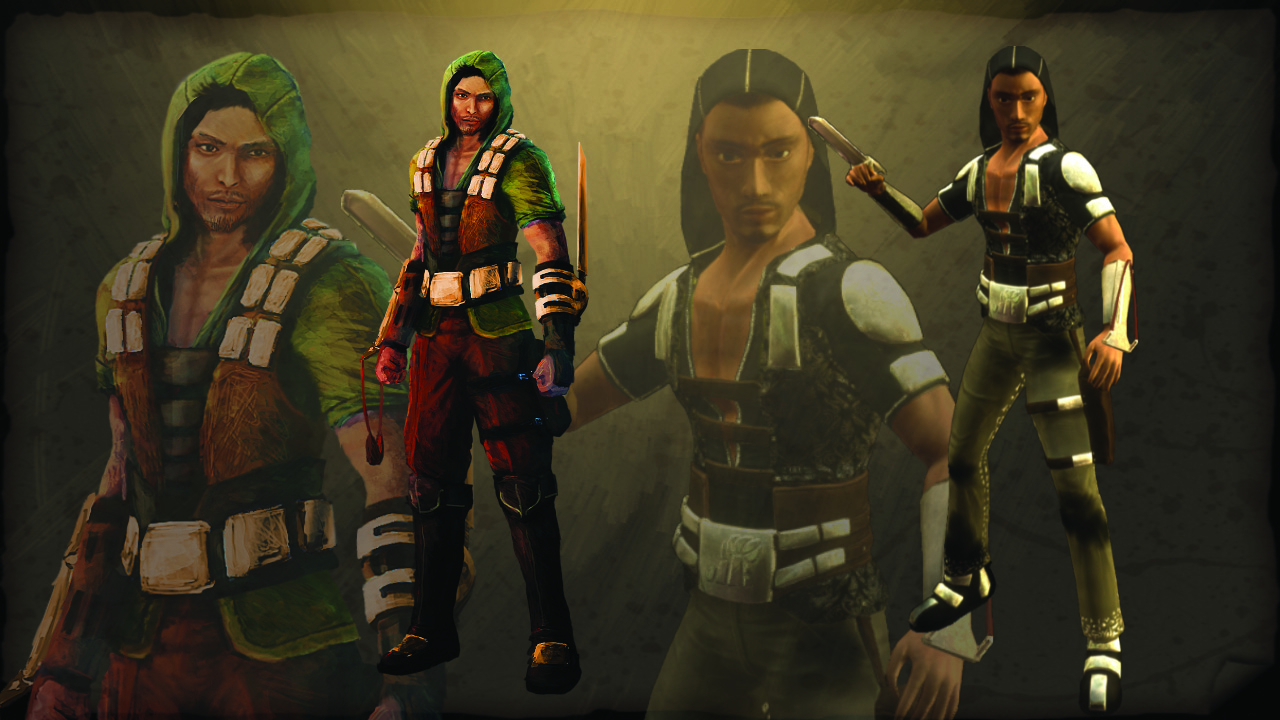 Many people end up in the dungeon because they have no other choice. Ashon isn’t one of them. He’s just here to pull off a heist.

Ashon was born a wealthy noble, and orphaned as wealthy noble. Since his estate and business run just fine without him, he was left with a lot of time on his hands.

There really is only so much time that you can waste on parties, gossip, and debauchery. So boredom led Ashon to spending much of his free time getting into trouble, and even more of his time getting out of it.

So when coincidence led to a conversation with mysterious stru named Sajotir, Ashon couldn’t help but take on the ludicrous challenge of stealing a control crystal from The Living Dungeon.

Ashon changed significantly from his concept as his character developed. The art style of the concept was very scruffy, but the character is a mischievous noble. So after the initial design he got cleaned up somewhat. He was also originally green (when I cosplayed him he was green still), but after introducing team colour textures we changed him over to black. He looks more fancy in black with silver trims anyway.

Going from the original doodle for the board game version though, the only thing that stayed consistent was the hood. Pretty much a totally different guy.