Yes!, but that’s not all we’ve been doing. We (and by we I mostly mean Chantelle) have been busy fighting along to get the multiplayer working on both Xbox and PC. I did of course going to write up a dramatic post about that epic star wars battle on the main company blog, but this is the living Dungeon blog where I try to stay at least a tiny bit related to The Living Dungeon game and universe(Try).

Honestly we would have talked about The Living Dungeon multiplayer more, and sooner, but it would have sounded a lot like this….

On the bright side. it’s getting there now. This week basic matchmaking is working on Xbox. So it’s almost there. Isn’t that amazing?!

OK. I’m hearing some of you. Almost isn’t quite good enough, but almost will become done. Everything has to be almost done before it is done, except in quantum physics in which case it is both not done at all and completely done at the same time… I think I had a point at some time in that but… um… Here’s a couple of screen grabs from Xbox One matchmaking. 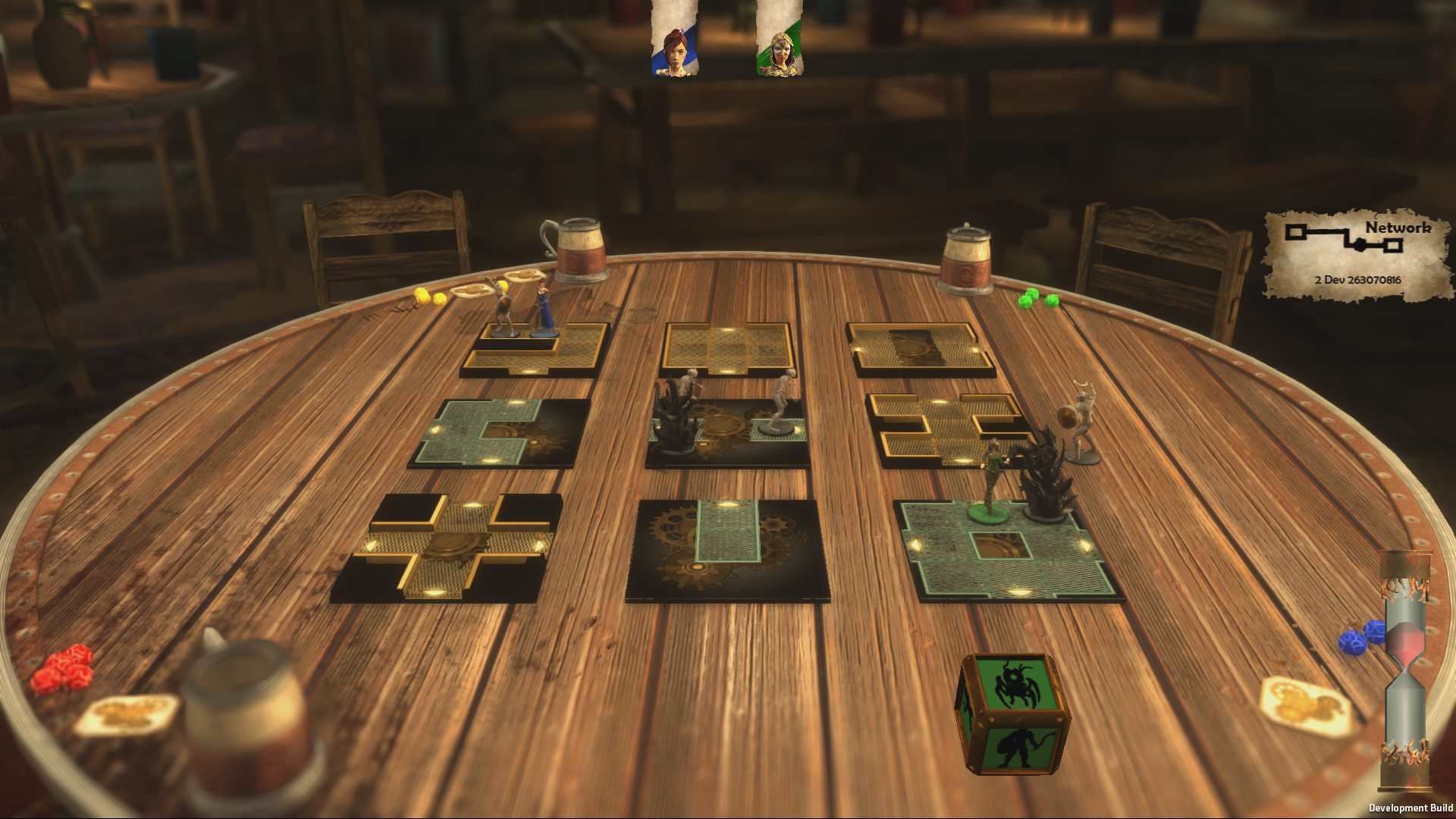 That “Dev263blablabla” is the other player on the network, having their turn. That took a lot of effort and it’s great to see it functioning.

I’ve played this game for literally hundreds of hours and I’m still excited by the idea of playing it with people far away.

Let’s talk about this again some time. Hopefully sooner than two months from now.