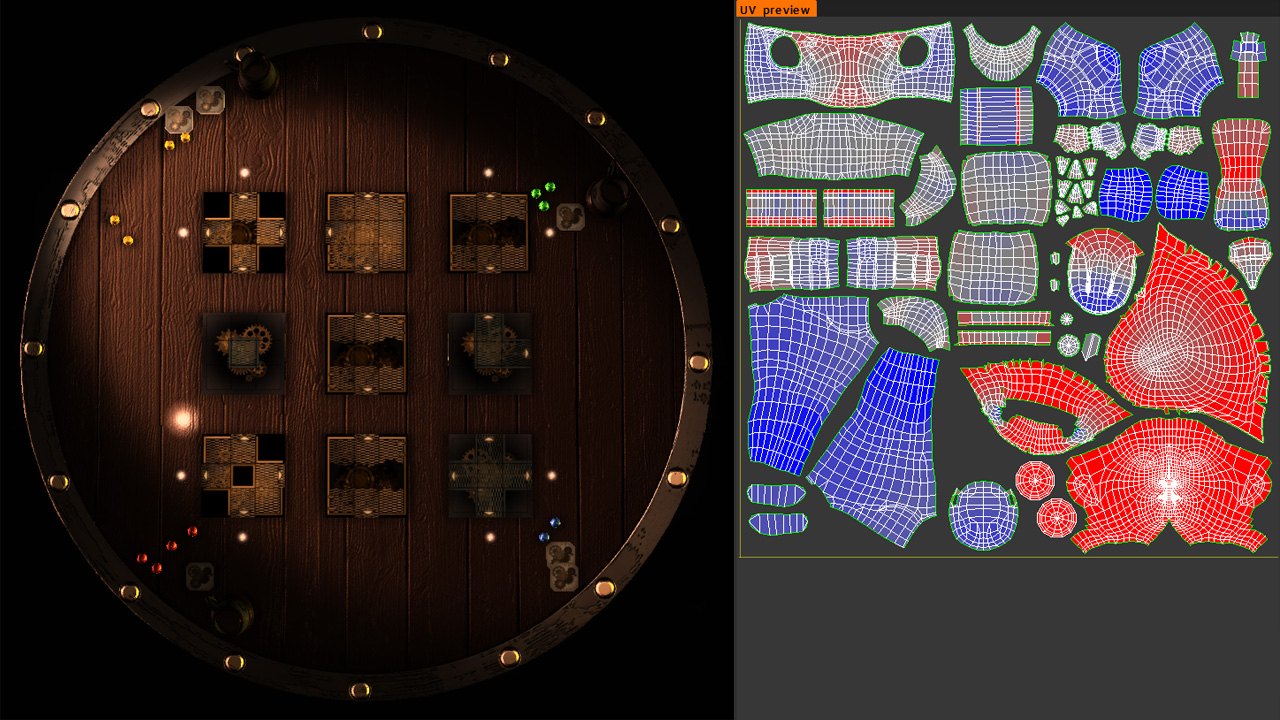 The above picture has no real purpose, unless you have a cruel OCD that means you have to count all the polygons, in which case I mock your suffering from afar.

That’s just a picture of the round table from the top down, because we have been wondering if we should add a simple top down camera. On the right of that is the UV set for the character Meru. It’s only there because the images in the posts are rectangle and there was space to fill. It’s not a particularly conventional layout I confess, but 3D coat isn’t a very conventional package.

I put this pic up because we currently have very little to show for ourselves, but perhaps it’s a good analogy for how the game is looking right now(an empty table and bits lying everywhere). A stretch perhaps but the game is currently in pieces with a new rendering system being implemented (or not as the case may be) , and all the different Bias’ being programmed into the A.I. Yup. It’s a cruel game and we want players to be able to make it even more cruel. So the D.M. is being programmed to be biased against certain players. If your name is Tarquin, your in trouble.

I could actually update you with some more useful information, but I won’t cause I’m an ass.