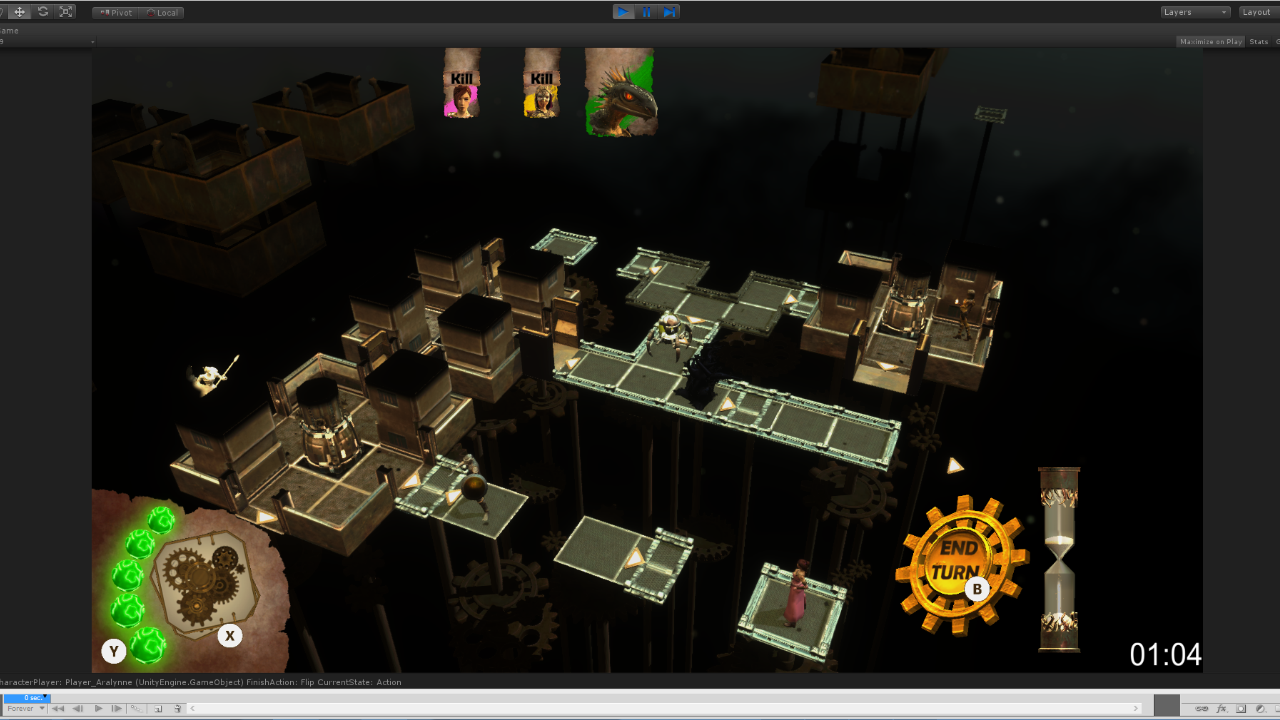 This picture shows off nothing in particular. Maybe we’ll say the shadows on the cogs under the dungeon look quite nice perhaps. Not even sure we’ll keep those given what we’re up to right now.

I was meant to do this post on Friday but we were busy eating ice cream.  I suppose we spent a fair bit of time optimising things as well. That was really the theme of the week. Some stuff just wasn’t performing as nicely as we would have liked on the Xbox One, so we spent a lot of time, tweaking things, rearranging things, and even rebuilding things from scratch to get it all up to speed. And, for all of you out there using scratch and sniff technology, wretched bodily fluids now stink 31.4% more efficiently and will assault your nostrils 12ms faster than before.

It’s worth it in the end, but pretty soul destroying as you’re slogging through it. To give you an idea about how much fun it is, I can say it’s slightly more entertaining than business paperwork. Yeah. That good.

Despite what we were doing though, we still managed to sort a large number of bugs and generally have a productive week I reckon. All these things needed to be done, and now they are.

There are actually a large number of things that have gone in which we haven’t shown, such as the 3D dice, and, um… other stuff. It’s been so chaotic I don’t even remember. Perhaps the best way to keep up to date is to follow us on our socialization media. e.g.  twitter, facebook, and instagram. That way when we neglect to post something, it won’t be your fault you missed it.

Till next week, and by that I mean later this week.