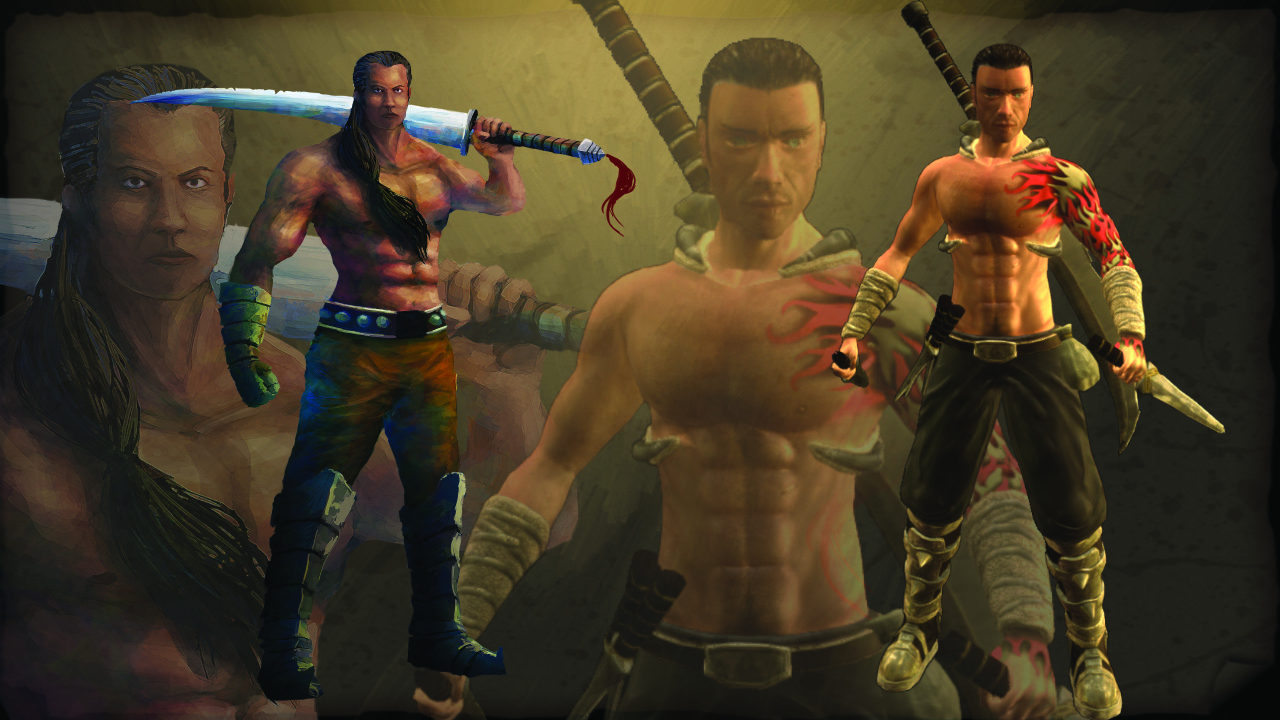 Rojef is a skilful and proud warrior from the frozen wastes of Pera, whose life choices and happenstance have found him often in the desert lands where the the Living Dungeon resides.

When Rojef was informed that his niece had been thrown into the Living Dungeon, he was honour bound to try and rescue her, and so fought his way to the dungeon with that intention. However, now that he’s actually here, he’s been distracted by the greater good that the dungeon can offer his people.

Life is hard, barren, brutal, and cold in the frozen wastes, and because of this Rojef’s culture pretty much worships fire. The dungeon presents Rojef with a chance to secure more mystical fire gems for his homeland… if he can prise them from the destroyed carcases of the mechanical sentinels.

Rojef doesn’t hold out much hope that his niece is still alive, but he plans to grab this opportunity with both hands and crush all enemies who would dare stand between him and those crystals. Even if the journey proves fruitless though, Rojef would never turn down the offer of a good fight.

I hate this concept art! I thought I’d get that out of the way first. Everything about it I just can’t stand. Actually that isn’t true. I quite like his stone gauntlet and might have kept that were I not so vomit inducingly appalled by the rest of it. Before people start calling me a big meanie though, I’m not dissing the artist. I really like his Tyron. I just hate this potato headed, pearlescent trouser wearing, dalek theme belt accessorising, abomination.

So yeah, for some reason, his design changed a bit from the concept. I say only a bit because he’s still a huge half naked guy with a giant sword (not  a euphemism). He wears his trousers a bit low, perhaps to the point that it looks like he might have a badger trying to escape  from them, but he’s too macho for armour and would be far too hot in this climate if he wore more. In fact he’d probably be just as happy wearing nothing but his spiky boots, but there are ratings issues to be considered.

interestingly, Rojef’s original doodle is actually far closer to the final design than the concept was. He just had his ponytail chopped down a bit… because women are hard to animate… or something. 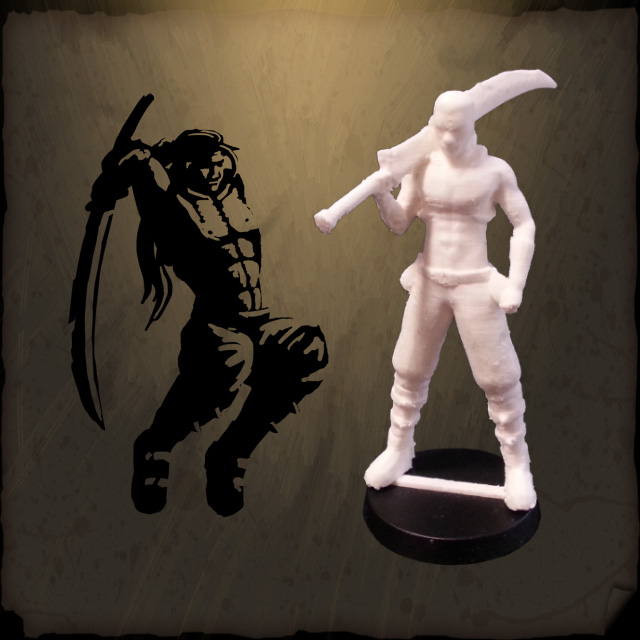