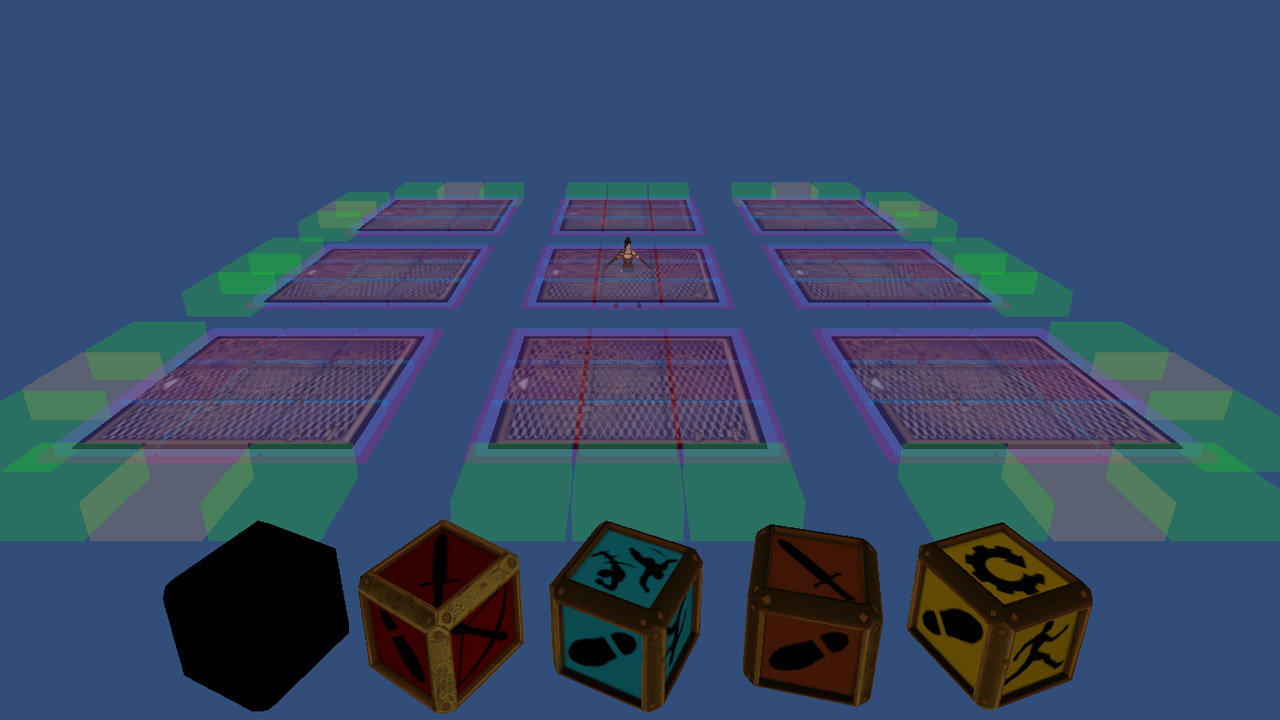 It’s been over three weeks since the last update. An unfortunate delay for which I sincerely apologize.

BUT LOOK! Yes I know it’s a series of coloured boxes and a row of dice, but that’s the point. While a few of us spent the last week moving everything to the new office and getting everything back up and running, Chantelle got the game to the point where you can actually see the code doing stuff for the first time.

The end of the week brought no solace however, as after the work was done we had the rare opportunity for a face off on the Living dungeon board game. Chantelle with her trademark combat prowess Vs Sajotir with agility.

Unstoppable Chantelle cut a swathe through every monster in her path, but Sajotir made every monster a tool for his own purposes, dancing between them to get to his target. The battle was tense, bold at times and cautious at others. Assassination followed  shooting, followed falling into the abyss, followed dodging a Shadow into the enemy.

The duel was bloody and long. Even as the game entered sudden death there was little separating the two. So in the end as the pair stood ready for a final confrontation, staring at death in the eyes of one another… they agreed on a draw and sat down for a nice cup of hot chocolate before setting off home for dinner.