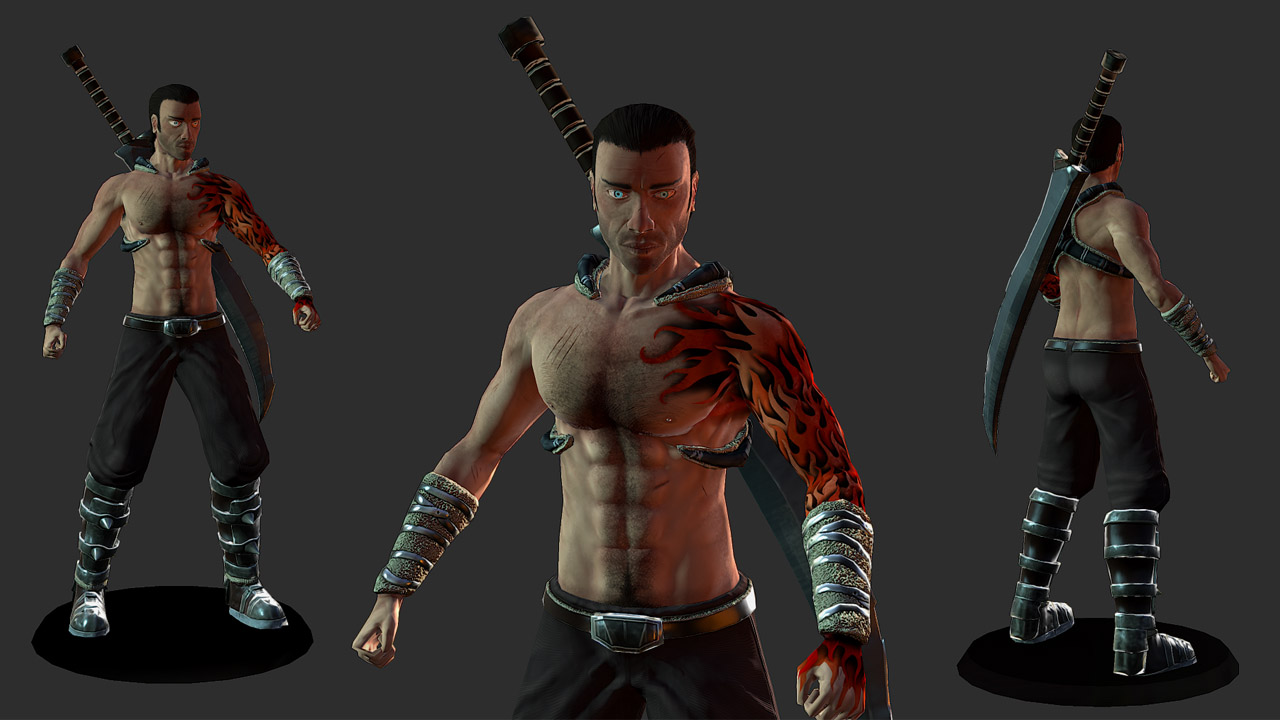 There are lots of bits and bobs I thought about putting up for the new year, but then I realised that I hadn’t rendered out a pic of Rojef for you. I can’t figure out how to sort the near and far planes out in marmoset either so that’s why his eyes have gone all Steve Buscemi. If anyone knows the answer I’d appreciate it but since the game is rendered in unity rather than in default marmoset settings I’m not too bothered.

Rojeff is our token big warrior guy. He’s a pasty intense dude from the frozen wastes of Pera. They’re a savage bunch of people who attempt to keep warm by any means necessary which included hoping that a fire tattoo would somehow be warm. Of course now he’s down in the desert lands the cold isn’t a problem and he’s far more likely to get sunburnt having removed his coat, or at least he would do if he hadn’t found his way into the dungeon. Now he just has to worry about the same stuff as everyone else i.e. horrible death at the hands of the things within.

I’m also looking forward to coming back and doing a second pass on this guy. Might totally change his tattoo, but for now I have to move on to Meru the mechanic.