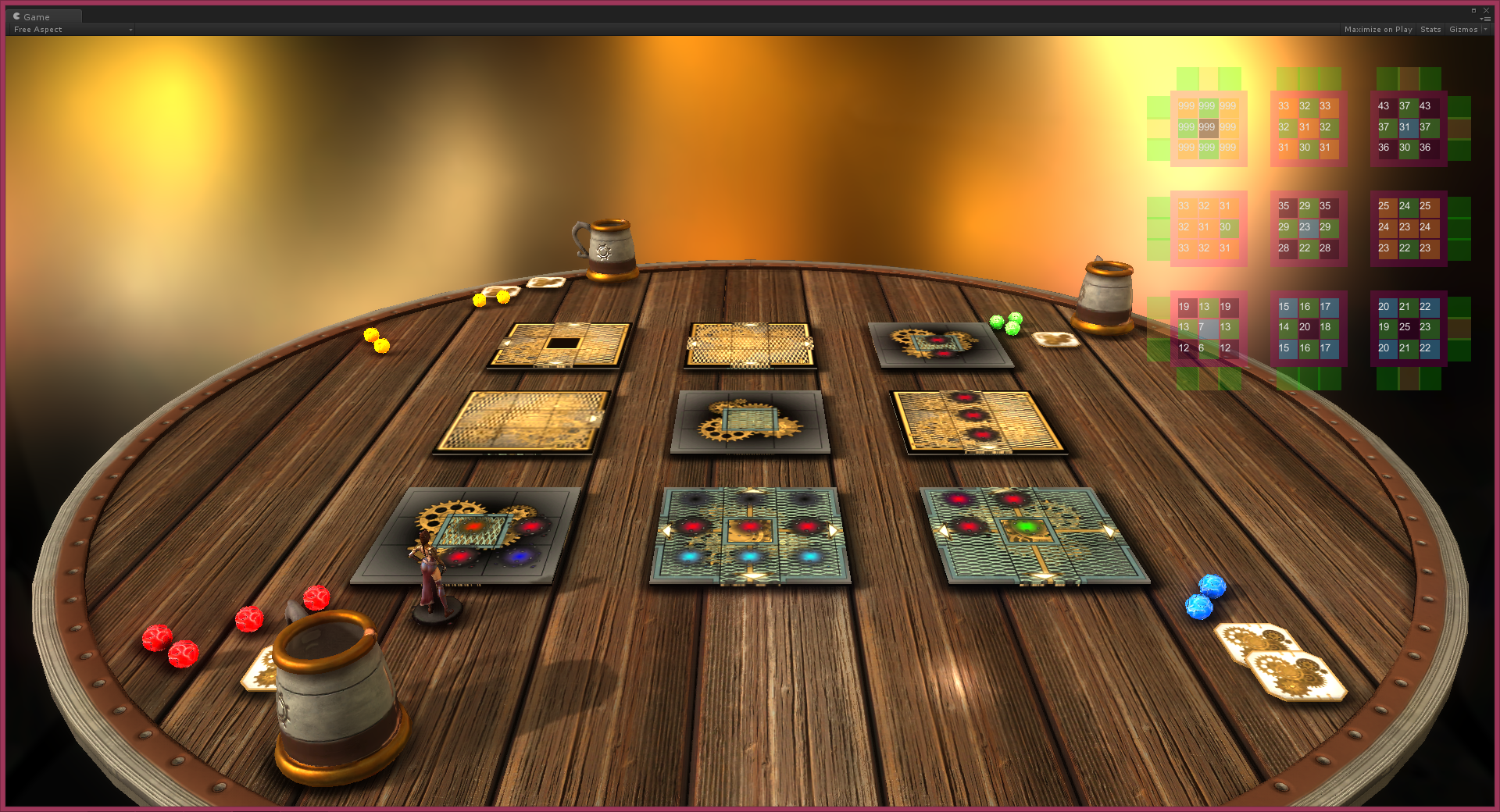 Look at this. There are polka dots all over the board. Isn’t that AMAZING! Truly we have breached a frontier in gaming history.

Ok. So maybe it isn’t everything you ever dreamed of, but it is progress. These little dots are not a new art direction as many of you may have been thinking. They are in fact debug visuals for Chantelle’s path finding calculations.That thing on the right is also debug, rather than a bingo card.

Other exciting stuff happened this week too! There was some bemusement over pens for women (because that’s a thing apparently), and I had a bit of a cough… um.. I suppose there was the awesome time we had playing the Living Dungeon board game. It was a head hunter game with everyone for themselves. No point in going into minute detail but it’s safe to say that everyone died, a lot. Especially Ryan, who having never played the game before, ended up managing to kill himself several times, leaving a big pile of his heads for everyone else to collect free of charge.

Next time I’ll show you some more broken stuff. It’ll be rubbish… I mean really cool.