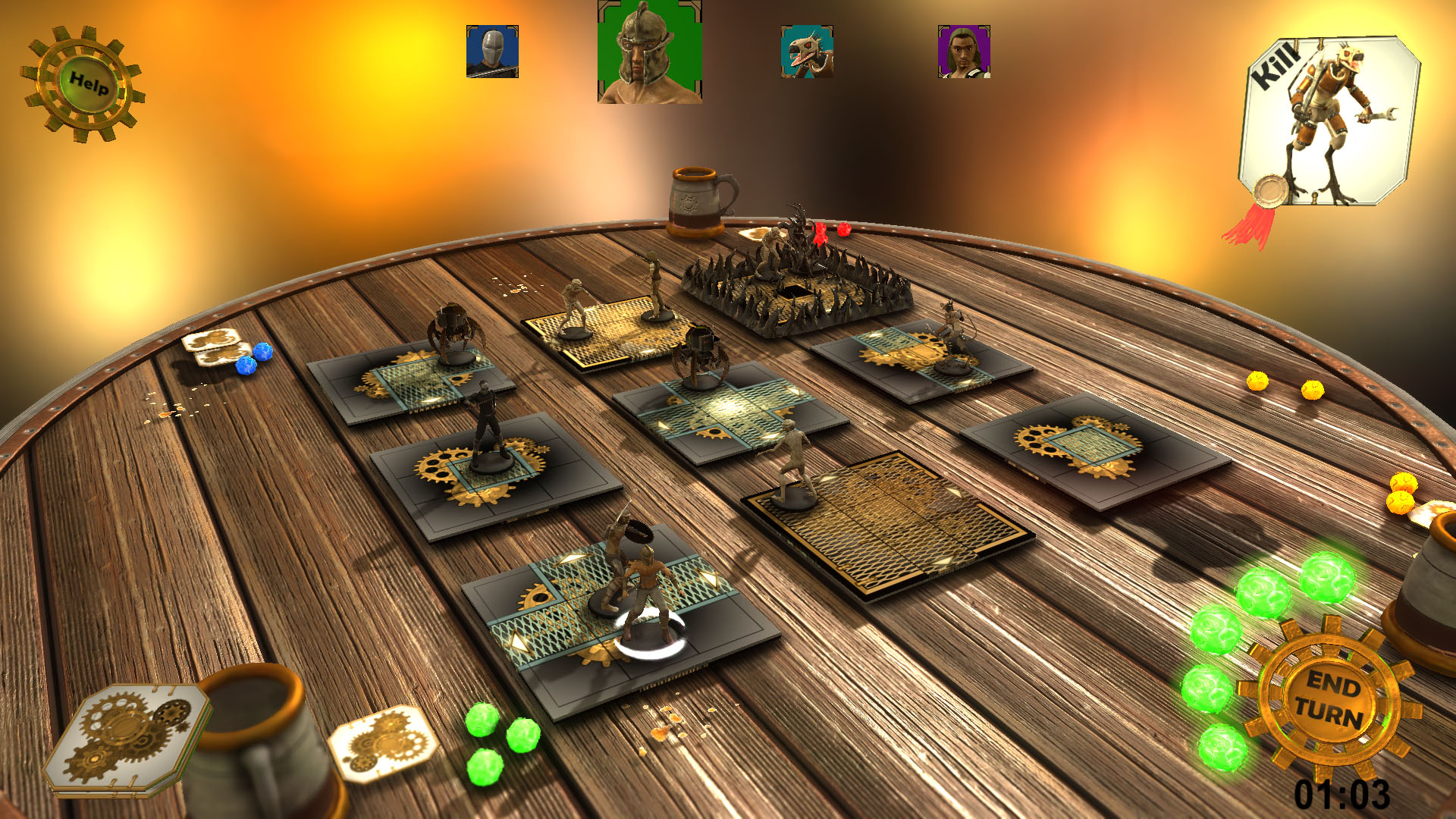 This week we had the honour of taking a build of the Living Dungeon to Gamebridge. Along with a big ass TV.

Many people died horribly. Thankfully that wasn’t because the TV fell on them, I just meant in the game.

We’d wanted to abuse people’s kindness so that they would find bugs for us, as well as get feedback on where people had trouble following what was going on. In the end we managed to filter through the quagmire of personal insults and we now know the main selling points of the game are that one of the guys is really buff, and there is a lizard with 2 wrenches.

In all honesty, thanks to all of you guys who played it and helped us get some feedback. Hope a few of you now fancy your chances at the tournament on the 16th of this month. You need to find yourself a team mate whom you can trust, and isn’t a complete moron that’ll get you killed. A simple test is, if you have woken up in an alley with your pants around your ankles and a smiley face drawn on your buttocks, and when you ask said friend about the incident all they do is show you a picture of your butt on their phone, then you probably can’t entirely trust them.

Still, if you want to take part in the tournament, your death awaits here…

See you there. Bring fluffy mascots.