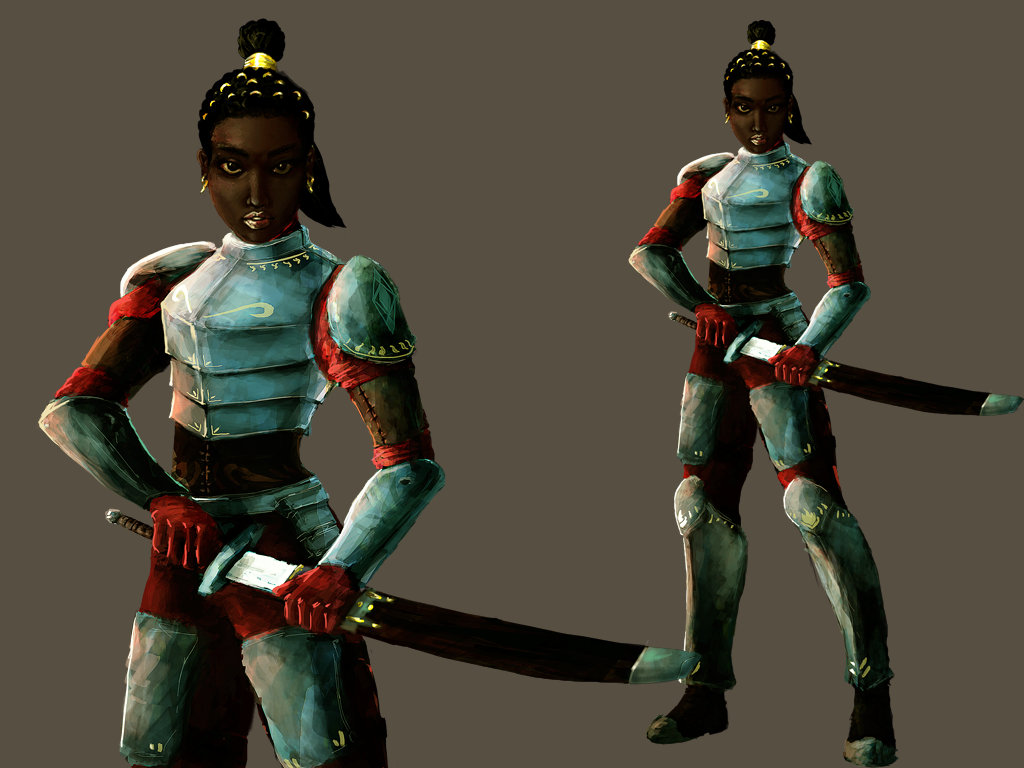 Here’s a pic of another of the game characters before I go on about the game we played.

This week we had everyone playing. 9 people in total divided into 4 teams and a DM. It was also the first time we had played head hunter. The objective of which is to collect a head from each of the other teams. Whether you kill them or not is irrelevant as long as you pick up their head. Perhaps a little gruesome but this is a game of death, death and more death.

There were people disintegrated by golems, people absorbed by shadows, people falling to their doom and people cut down by other players. By other players I mostly mean Chantelle of course. With Andy backing her up using mechanical abilities Chantelle cut a swath through all opposition. There were several points when she was in imminent danger but each time either her opponent failed to get an adequate roll despite the odds being in their favor(Samy and Thibaud more humorously than most), or Andy used his mechanical ability to place her feet back onto solid ground. So with two kills plus a snatch and run, Andy and Chantelle were victorious, Samy and Joe were left screaming for bloody vengeance, Fee and Thibaud were stuck hanging on by the tips of there fingers, and Rew and Ben were left to just admire their rather large collection of magic gems.

So As Chantelle swiped the last head off the floor in front of Ben’s nose she was asked about stealing victory rather than getting the kill herself. She simply retorted

“I don’t always have to bloody my sword!”

We might just have a game soon where everyone has to hunt down Chantelle.