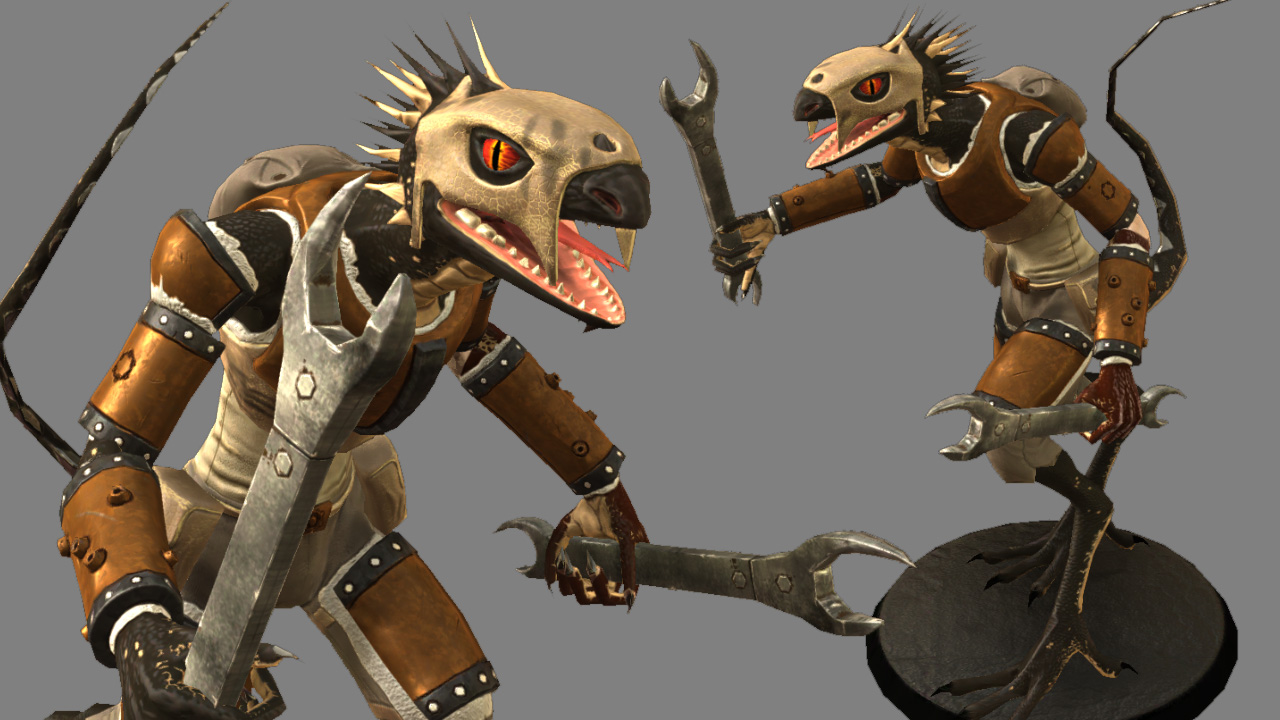 It’s true. I totally did a half arsed job putting this image together. I forgot to tick the box in unity to let the texture size be larger than 1024. I also haven’t done some of the detailing on the character yet, such as the grooves in its teeth and some of the scratches on its leather or armour. OH NOES!… Wait.. Yeah, I just checked. Nobody cares, Especially not Yokusel.

I mean just look at the thing. It’s just super stoked to be here. Yokusel is a happy lizard. It enjoys tinkering, running, jumping, and ripping out the occasional larynx.

I freely admit that I don’t bother rendering prettier versions of the characters in marmoset now, and I think that’s ok because the game is up and running so this is honest imagery. Some might say lazy, but I’m going with honest because it puts a more positive spin on the lack of effort I put in.

There isn’t really any excuse for me not clicking the little box to make the textures full size but if you complain about that I’d like to take this moment to confirm that rumours are true, indie fashion has moved on. 1024×1024 textures are now the new pixel art. That’s totally official. I think I heard Shiggy say it this morning over breakfast, although I don’t understand a word of Japanese, and was round the other side of the planet at the time, so maybe not the best idea to post it as breaking news on Kotaku just yet.

In all seriousness, we’ve actually done a lot of work on the game and just haven’t made the time to update you on it, which is sad but at least you didn’t have to pay us $114,000 for that privilege COUGH stomping lands. WOW. I couldn’t even keep up the seriousness for a whole sentence.

I’ll spew some more letters at you soon. Hopefully in the form of words.

DEEEEEEEEEVELOP! (That’s the sound I make as I pretend to fly off back to work)