Last night was the Animex Gamebridge party. I think it went well despite there being no deaths reported. We certainly enjoyed ourselves anyway. It was also fun to see a bunch of totally different games at different stages of development. Some of them were even good. I’m just kidding of course. None of them were any good.

Jeez! Why did you take that seriously. Of course they were good. They were great. Gamebridge events practically bleed wacky innovation.

It was also genuinely interesting to see the various different visual styles on offer. Which got me thinking about our own mess off trying to sort out the cutscene art style. Concept art never really had a style and I’ll cover that another day, but the cutscene images were always supposed to have a style since they would be in the actual game. Actually, it might have been hilarious to make each on a different style. Stickmen, finger painting, cubism. Anyway, it just took us a long time to pin down what that style would be.

I’m also quite happy in the knowledge that showing “what could have been” is a fun way to annoy people who think “Aw man you totally should have gone with Style X”. Tough break. We went with what we needed to in the end. 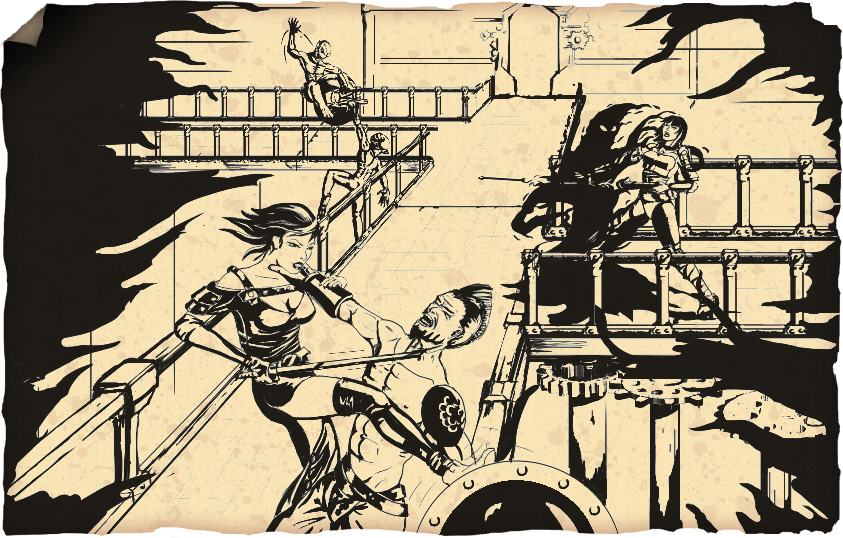 I still love the original cutscene art style. It’s all dramatic and contrasty. There were 2 problems with it. 1: It didn’t really fit with the rest of the game, and 2: In that picture I killed off the character Saban and therefore had to delete him from the game entirely.Turns out if you kill a character in some concept art then they have to be permanently removed from the game. It’s weird but it’s actually the law. Go look it up. Having said all that. If we do get round to doing the board game. I still want to use this style for the manual. 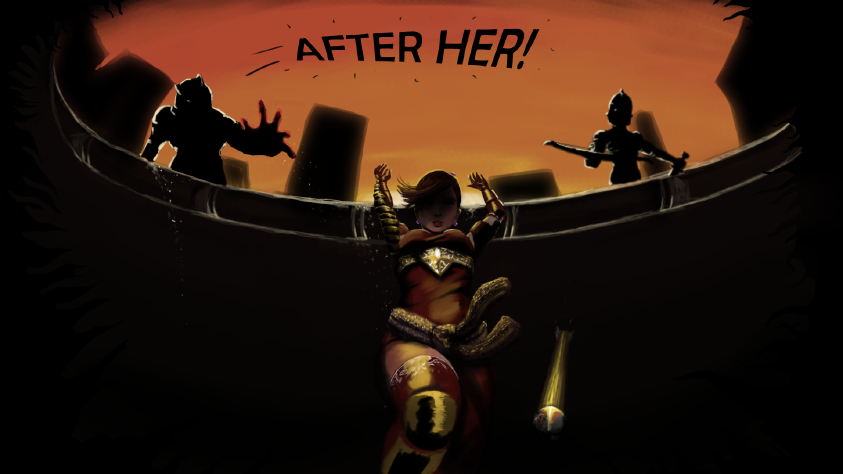 Warped shapes are cool, but it’s too cartoony and colourful. Also, the merc had the wrong weapon in this picture so obviously that meant the art style was at fault and had to go. 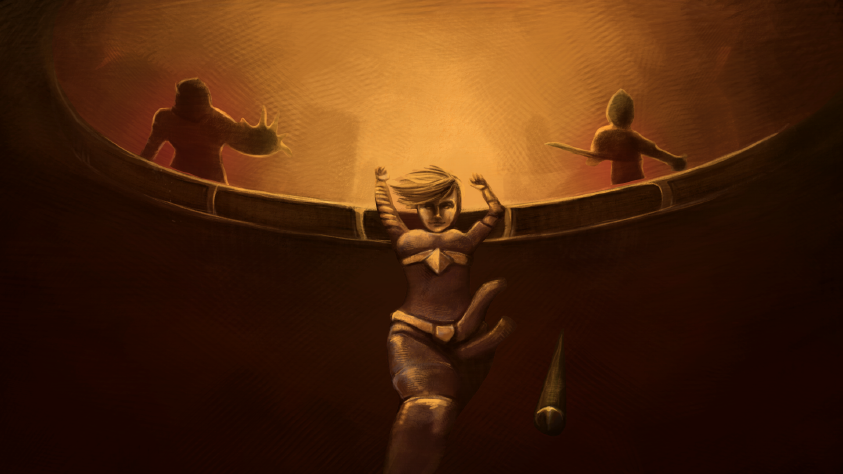 Extreme stylisation started off working quite well, but since these pictures were telling a story it was apparently important people could tell which character was which. Still, lovely palettes, even if the damn merc still did have the wrong weapon. 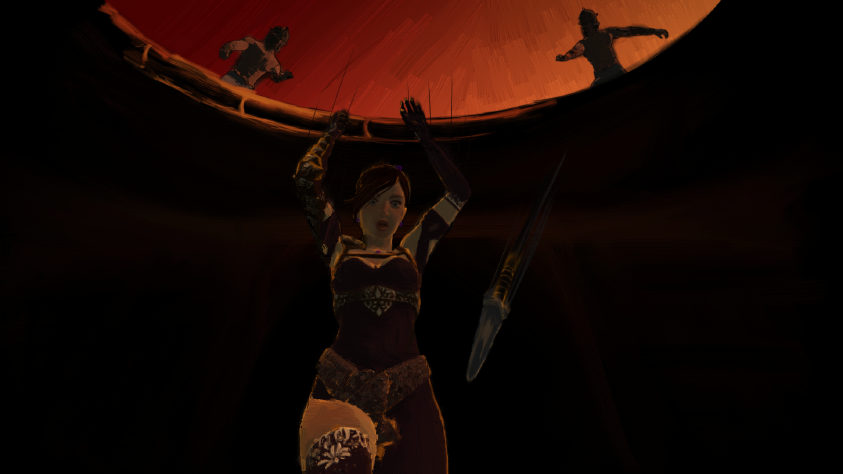 There we go. Finally the merc is throwing a knife. So clearly this art style is superior.

Now you know a made up story about how we decided on an art style, and therefore understand the inarguable logic behind the decision.

The story of how the 3D character art ended up with it’s current style is a totally different one though. When I first started making things for the game I decided I’d make shiny, bumpy 3D characters. So I did.

You might have been expecting something more deep and meaningful behind that decision, but if you were you clearly haven’t been following this blog.

See you next time when I’ll perhaps talk about the Cheating Reroll Fairies.