This week we mostly spent our time debugging and tidying. It’s not something you often get a chance to do when working on a contract so when it’s your own game it’s nice to be able to step back from a greed for feature progress and just prepare the project for long term development, but since giving you pictures of some lines of debug info and a profiler graph would be particularly uninteresting to most, we though this would do instead. 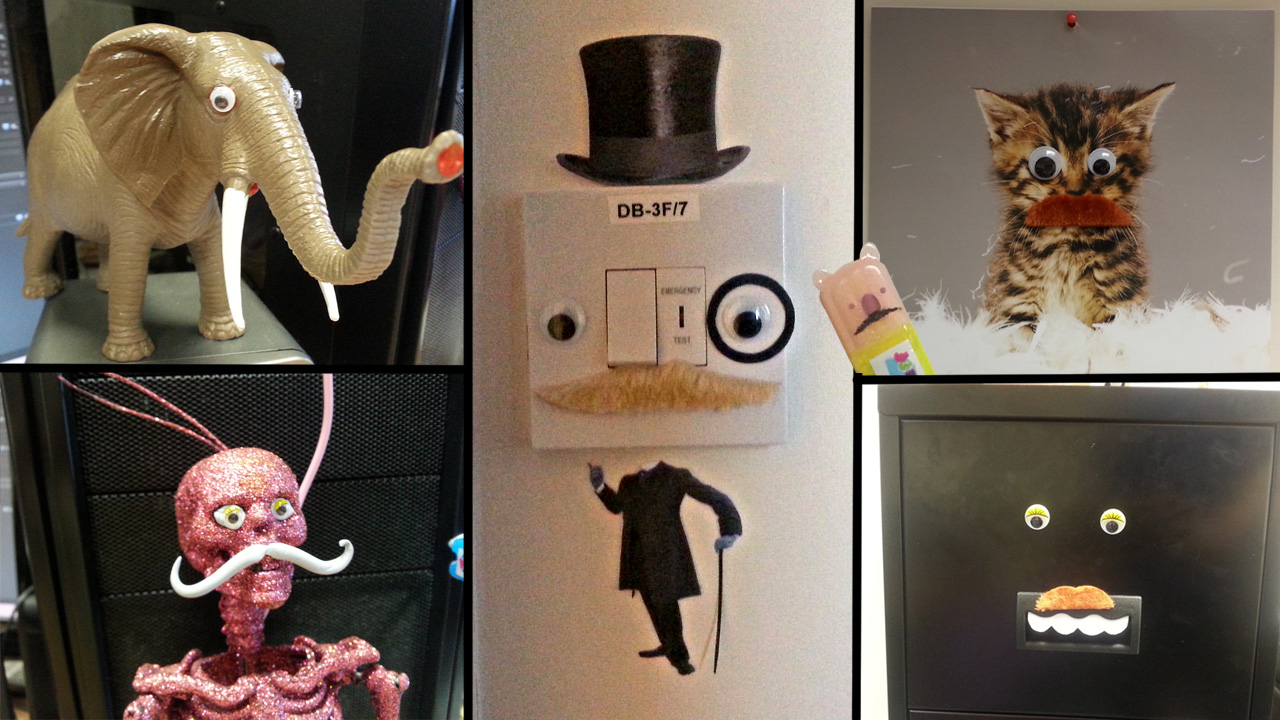 We moved into this new office in October, and by the end of the year we still hadn’t put up our picture framed nice map, or even our white board. Last Week it seemed that Chantelle had had enough of this state of affairs and decided to take charge of office décor. This of course mostly took the form of converting inanimate objects into moustached gentlemen with googly eyes. The only question left to ask now is… Why doesn’t the elephant have a moustache?