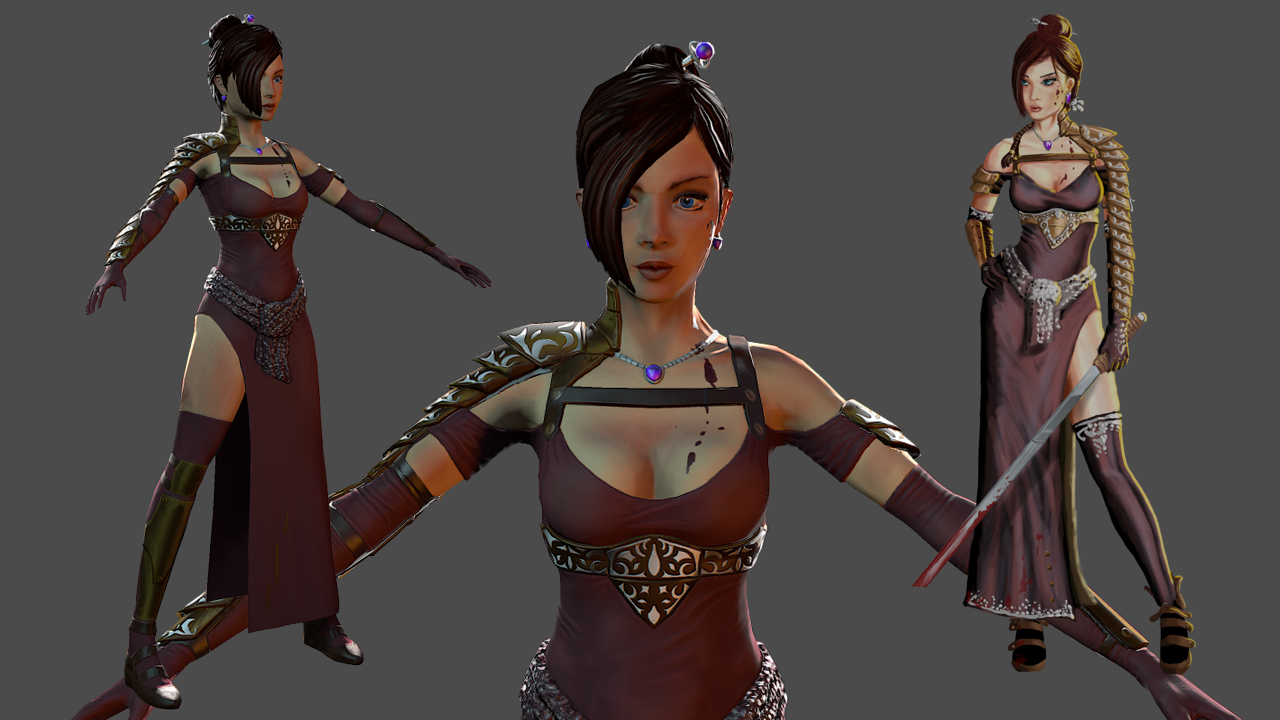 Despite the seemingly infinite quantity of admin that magically apears, as promised here is the first pass of Chantelle. She is named that because our coder Chantelle , always chooses this character and at some point the original avatar name was cast aside by the lunatic known as Fee, in favour of the player’s name.  The character has evolved to look a little more like the real player also: It’s all a bit weird.

She’s bruised and sun burnt already but now that she’s in the dungeon such trivialities are the least of her concerns, but don’t worry, she’s tougher than she looks and so is that dress. The character is a gladiatrix and that dress is actually a battle gown. She’ll fit right in with the Flame mistress, the wretched, and the Stru Assassin,

Colours and details are of course likely to change a little, especially once the real Chantelle gets her hands on her own avatar and starts messing about. At the moment though she is too busy with a Java App she needs to finish off.

The little shooty game we were messing around with also saw some meddling this week with Ben making silly buildings that fall to pieces. Once some sensible art is in I’m sure it will look pretty good as he’s a dab hand with particle effects. At the moment though the code makes all the peices flash random colours every frame. It looks “fabulous”, that’s all I’m saying on the matter.