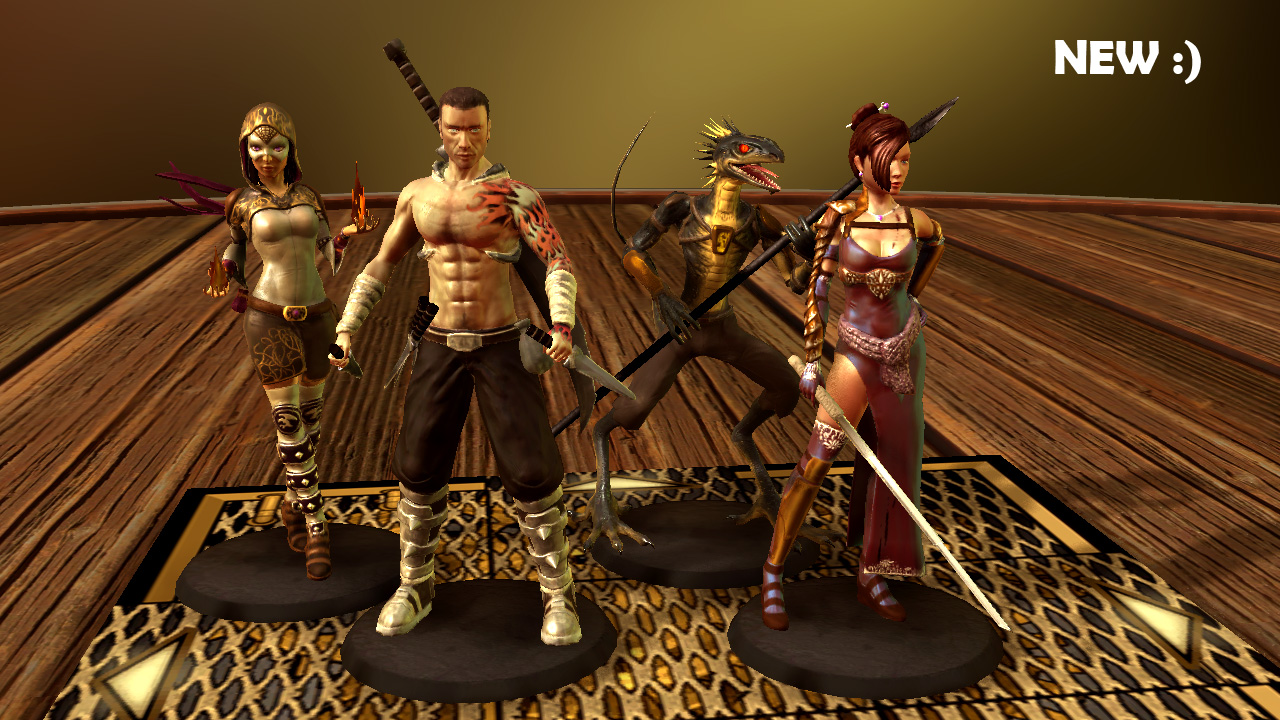 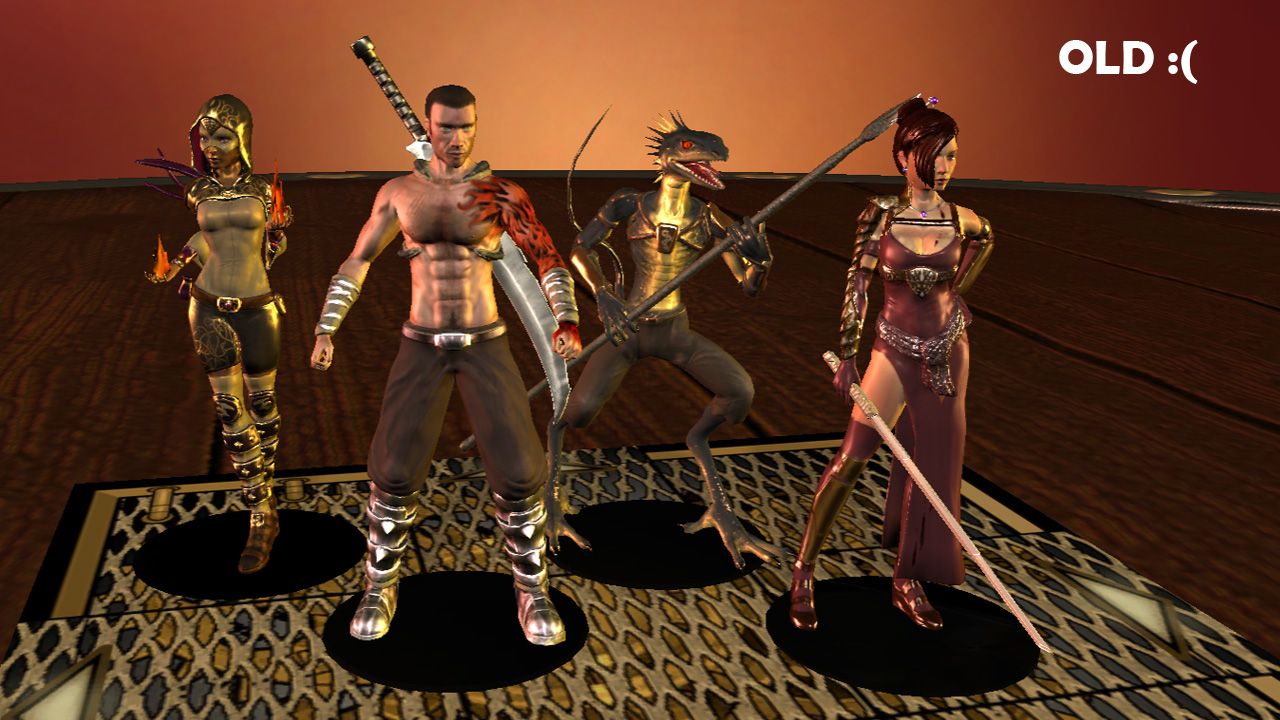 Hellooooo everybody. I’ve been telling you for a while now that we’ve been implementing new shaders. Figured it was about time that I needed to show you how that was going.

In case any of you were blind I’ll state that the first image is the new shaders, and the second one is the old shaders. If you really feel like checking out the difference the best thing to do is open each in a new tab and then click between them.

Rojeff also has his stuff now, so he won’t be so sad any more, and Chantelle has her embroidery. All of them have coloured specular which is a boost. The whole thing does need a bit of an increase to the contrast I reckon but overall I think you’ll agree that the new shaders give a much better, more detailed image. I only included the old one because as an independent developer it’s important for us to air our dirty laundry. Game development takes time and effort, and looking at where we’ve been actually helps us understand and appreciate where we are now. That perhaps is a deep concept for this blog so let’s move right along.

In other news, Chantelle is starting to put in all the single player stuff, which is relevant to any of you who have no friends. It’s just because she cares. It’s important to her that she brings slaughter to everyone no matter how abandoned or unimportant they might feel.