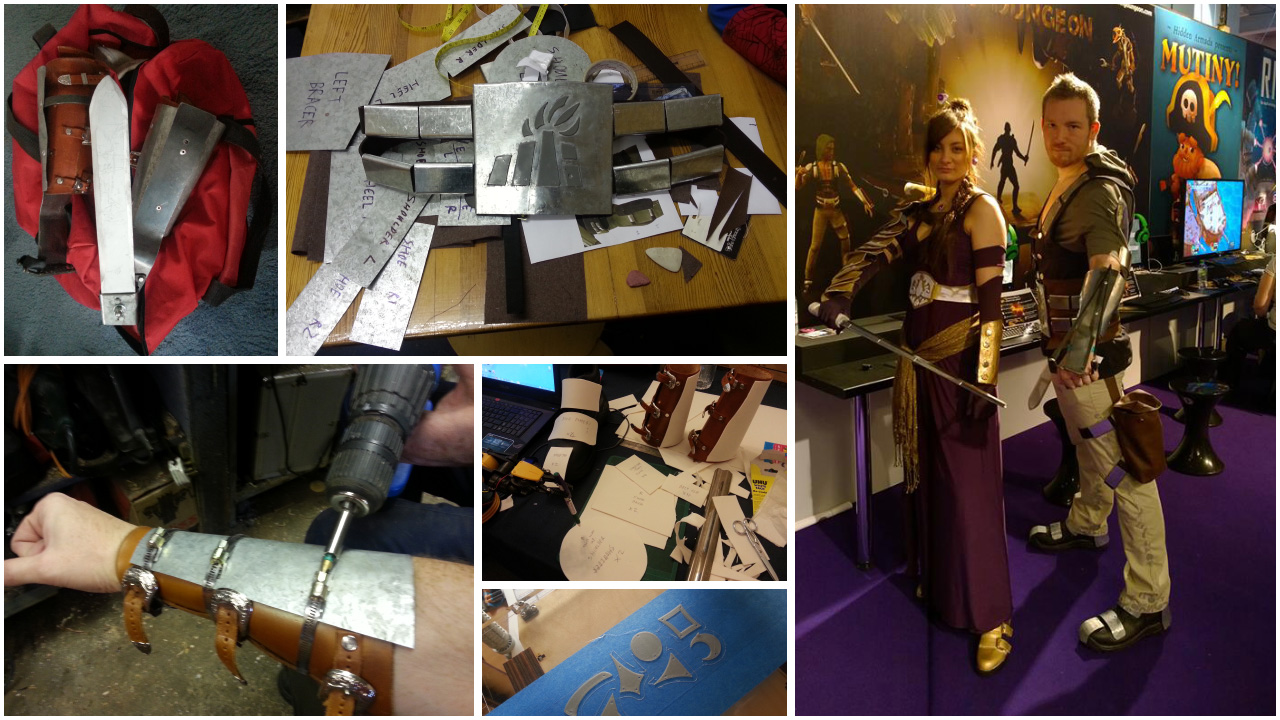 You may be thinking. You might. It’s just something people do from time to time I’ve heard.

As I said I would, I am doing a post about my cosplay. Chantelle already covered all the stuff about how it was cool to do and we had great fun etc etc, so I’m just going to cover the making of my costume.

We’ll start with the vest. That was hand woven by squeezing a thousand silk worms with my teeth and then weaving their entrails together with my eyelashes. The faux leather parts were a lot easier, because it was faux leather, I only had to hunt and kill a faux buffalo. I found one in an American history museum being chased by it’s natural predator the T-rex. After I used all my elephant gun ammo on the dinosaur, I was forced to wrestle the plastic buffalo to the ground and kill it with a pen. I then took the material and fashioned it into leathery bit shapes, and after that I weathered it by giving it a good scrub with a hedgehog that was tripping on acid.

The metal parts were a little trickier. We decided the quickest way to get the shapes was simply to pour the molten metal over my entire naked body, and then use a high powered laser to cut off the excess which we sculpted into tiny metal fairies and sold on ebay. Pulling the cooled excess metal off my chest was also how I waxed it for the costume. That part was actually a little painful. Various plates of metal were then riveted together while I was wearing them, and then an angle grinder was used to tidy and round edges before I took it off and polished it. If that last bit about riveting and grinding sounds a little odd, it’s because that part is actually true. It was just weird enough to include in this post.

After the armour was done we turned to weaponry, starting off with a sawn off shotgun and a great sword seemed cool, but since the character had a large mechanical switch blade and a catapult we decided we’d make those instead. Turned out they were both incredibly deadly, so we gimped them significantly to avoid accidental impalement of visitors to our stand.

Finally, decorations for the trousers were forged in the volcanic pits of mount Eyjafjallajökull and then branded onto my legs. That or they may have been sewn on after being created on the 3D printer in the office, it’s hard to remember all the little details.

Next blog, I think I’ll talk about colours. One of those colours is yellow. Go away and think about that for a while. Yellow!