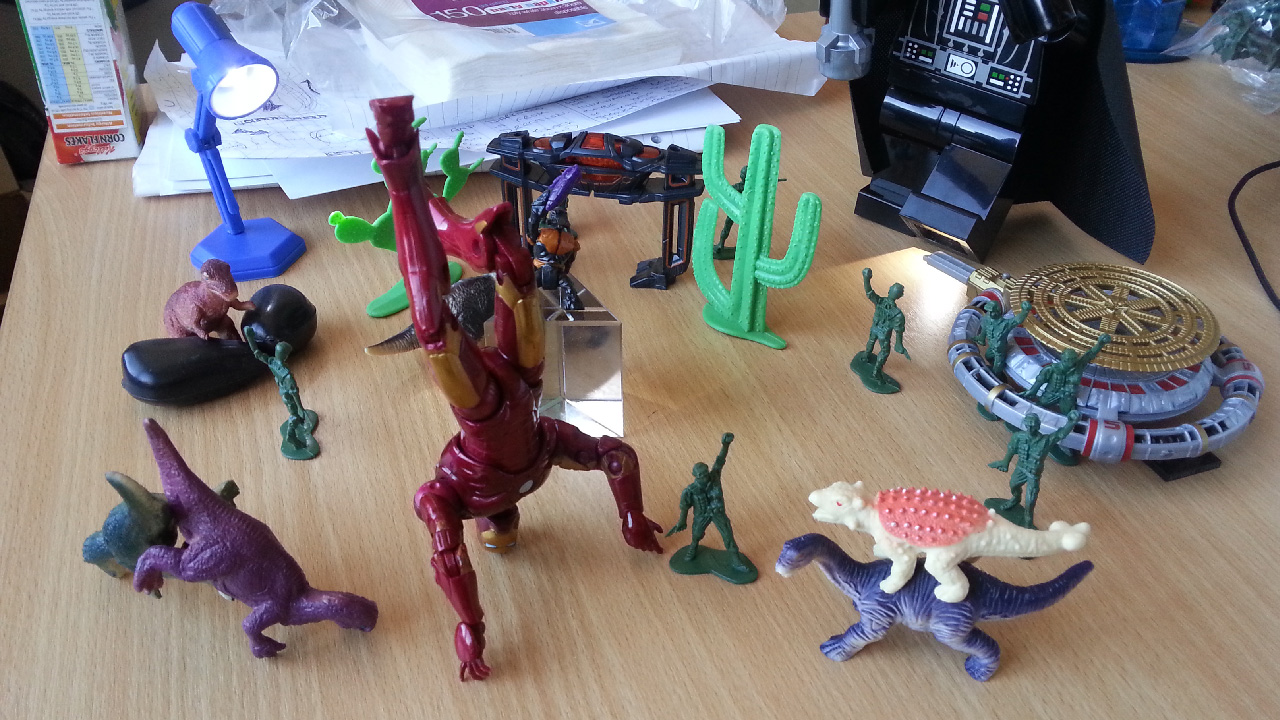 Hopefully you guys enjoyed The Character Viewer last week because this week you are getting nothing. I’m not entirely sure you’ve been good boys and girls so maybe you don’t deserve treats, or maybe I’m just being a big meanie.

We’re having a silly week and doing a bunch of random stuff. Some of it you’ll find out about in the not so distant future, other stuff is so secret only the Queen knows about it. OK. I admit it. None of it is secret, it’s just perhaps not very interesting so I said stuff to make you think we were cool and mysterious (Which we totally are).

Enjoy the picture of the toy disco as a distraction while we make a discreet exit.