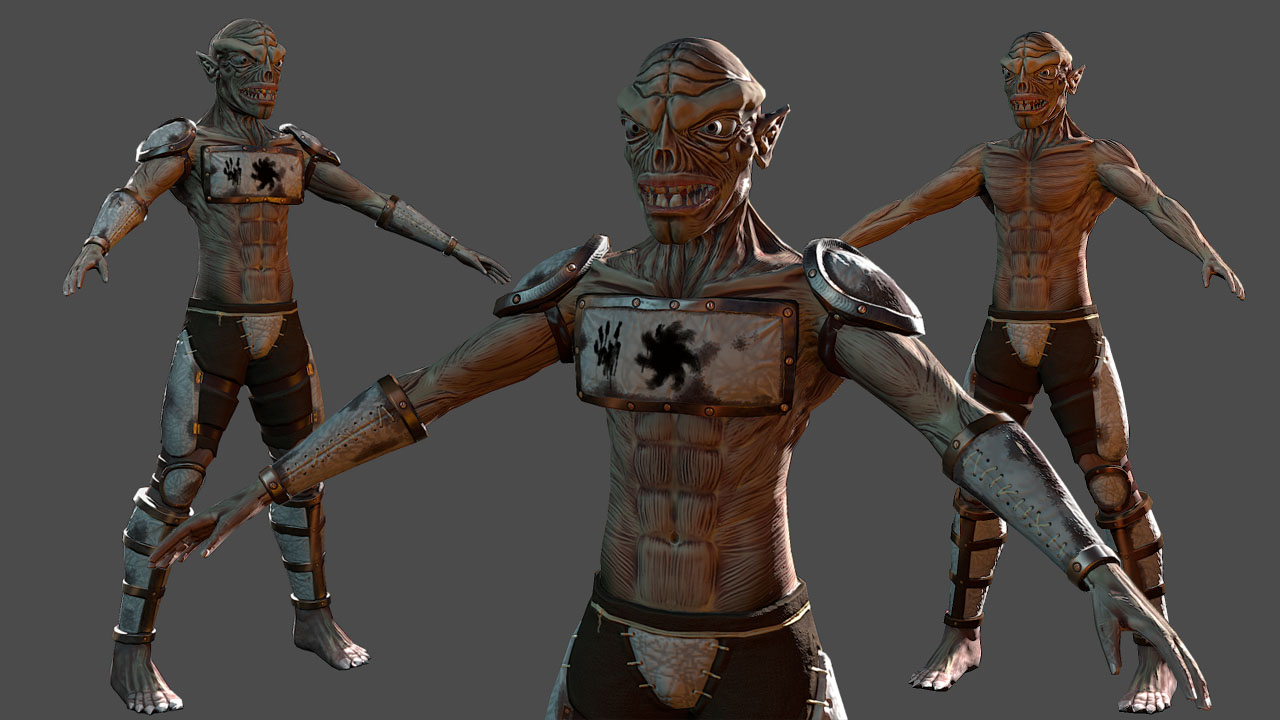 This week lots of code has been done and the majority of the dice functions are now working. If I showed you a screenshot of that however, it would look pretty much the same as last weeks. So instead I’ll show you some pretty artwork… or not as the case turns out because this is the first pass of the hybrid. He’s not an attractive guy despite looking a little bit like a flayed Nicholas Cage. CRAZY EYES!

Since this is a type of monster we made his armour parts separate which will allow for a little bit more variety than just a texture swap.  I’m looking forward to seeing him all hunched over and mean looking for the game in the near future. He’ll need rigged befroe then and he’ll also need some weaponry. I’m leaning towards sword and shield but there are a few calls for a radish and limp spaghetti.

Now it’s time for some party cools, or the abbreviation of that, particles.