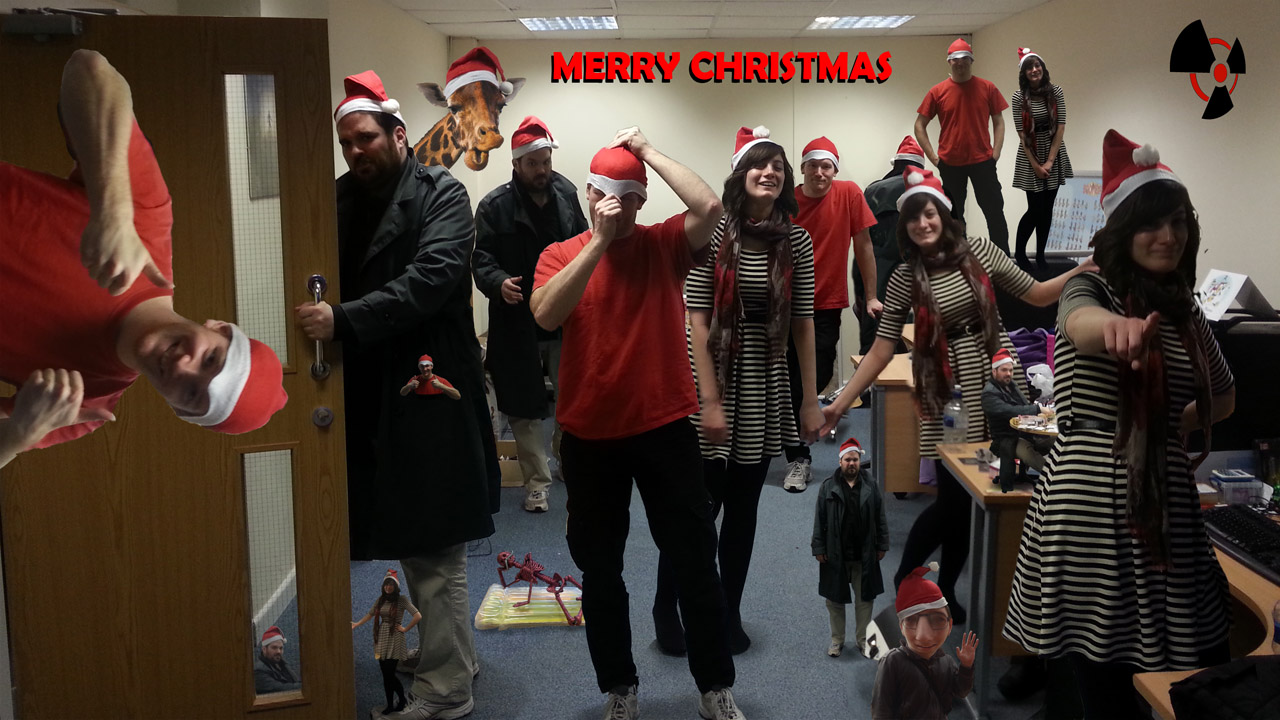 Whoops! We completely forgot to update the blog recently. We now have head hunter mode in the game, and some sounds to give it a little more atmosphere… but never mind that! It’s Christmas. As you can tell from the photo above, we are a little disorganized when it comes to formal company photos and stuff like that so we just decided to wing it at the last second. What you probably didn’t notice, is that I actually digitally altered the photo a little. I know it’s amazing but shhhh, don’t tell anyone. You’ll never believe this but Fee and Adam weren’t even at the office that day.

Now that we’ve come clean about this flawless deception, we just wanted to wish you all a very Merry Christmas from all of us. Next year is going to be pretty awesome for Living Dungeon, because it’s going to be finished and released. Isn’t that a nice thought?