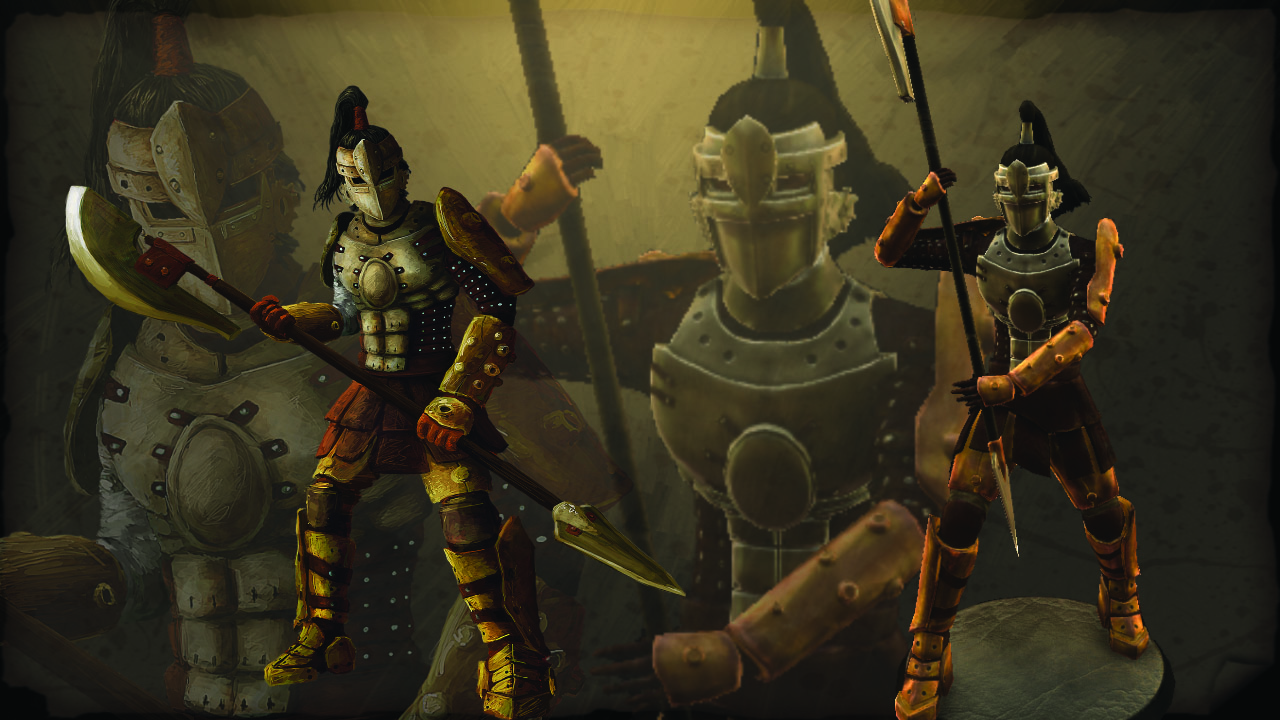 Some people, for reasons I can’t fathom, are really interested in the process of how things are created. I’m one of them, and I still can’t figure out why I’m interested.

As far as I can tell, understanding exactly how the mechanical timings of a clock function, doesn’t help me tell the time better, or stop me being late… but for some reason I still want to know.

By the same token, when a character is created, I like to know how they tick. Because of this, every character in the game has a significant back story of who they are, how they ended in the dungeon, and what their motivations are. That detail actually extends to the entity of the dungeon its self, and even the parents of some of the player characters. So much so that someone could write a book about it… wait. They actually did and we’re holding up it’s release because we’re behind schedule. Whoops!

What’s weird perhaps is that very little of this back story is actually in the game. I made this choice because I didn’t want back story to get in the way of gameplay. This has actually led to a couple of kinks in the game story that may cause alert flags for those of you with Nancy Drew levels of attention to detail, but for the most part it works out… and of course I fully intend to iron out them dirty kinks.

The guy above is Tyron. He has hopes and dreams about understanding the dungeon. He’s not a bad guy or a good guy. He’s just in the wrong place at the wrong time. More to the point for this post though, he actually looks quite close to the concept art. That’s more than can be said for many of the other characters, because you know, development stuff, colour clashes, bones, laziness, women are hard to animate, that kind of thing yeah?

I suppose if I’m totally honest even Tyron looks quite different from how he started, because the very first version of him for the board game looked like this… 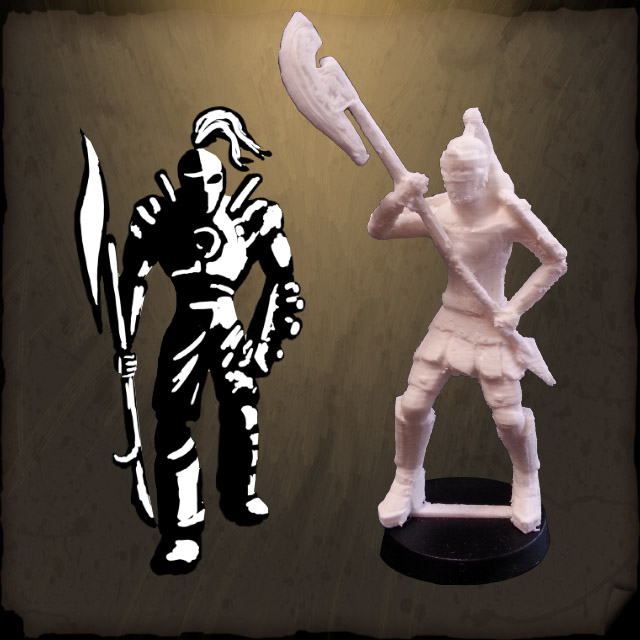 I mean the one on the left obviously! The one on the right is the all new 3D printed tiny miniature. (I can say that cause miniature is a noun as well as an adjective. Deal!)

I’ll do more concept to final pics in the future, but in writing this post I’ve actually been left with a number of questions which I would legitimately like answers to.

1. Do people want to know about why characters were designed the way they were. e.g. Does Yokusel’s design have any planning or is he just “the Double Wrench Lizard Dude!” ?

2. Do people want to know about the characters history. Should I put their story into the character viewer so people can learn about their favourite?

3. Do people want to know more about our chaotic work process or is that just too scary a prospect?