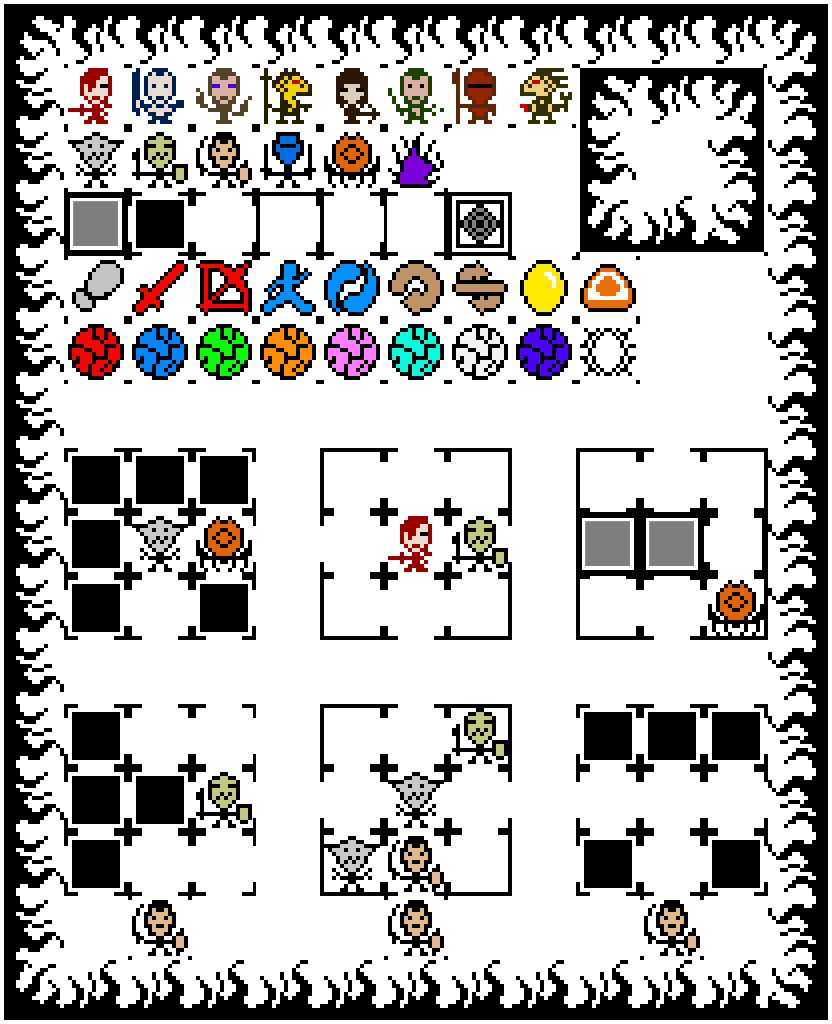 The visuals of the game have obviously changed a little since the 1984 classic version of The Living Dungeon. Mostly because that last statement was of course a complete lie. These cute little pixel dudes and objects are just the sprites for making up the story mode level layouts, although I’m sure some of you guys will be wanting a demake now, just for the hipsterness of it all.

Nothing else we need to report on really. Art is continuing to be slowly created (some of which doesn’t even induce vomiting), and code accumulates rapidly(some of which even does stuff, although not necessarily the stuff it was supposed to). We also have to do a thing we can’t talk about for some reason which may be pointless or vital but it’s so secret we don’t even get to know what it’s about. So at least you can trust that we are doing “things” even know there is nothing to indicate what those “things” might be.