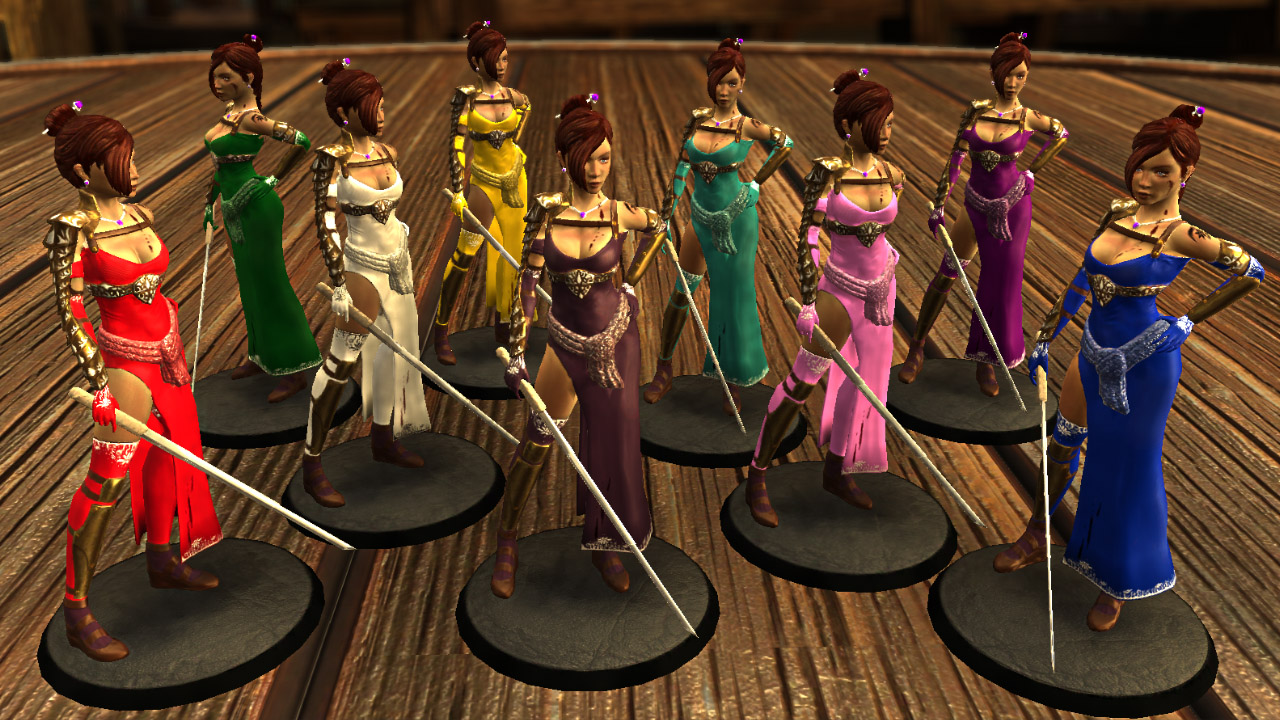 Apparently Americans also now use the word ‘color’. It’s nice when common language adopts dev culture abbreviations like that. Hopefully society at large will adopt other coding terms that help streamline life. I mean it’s a lot easier to say heap, and stack, than it is to talk about long term and short term memory. I can easily imagine a student stating “Sorry. I’m having a stack overflow”, which is much more efficient than saying “Sorry, you are currently giving me more information than I can process and there is a problem fitting it all in my brain right now.” Also consider the simplicity of a cockney gentleman peddling his wares on a street corner and simply stating “Hey ! Rolex, 50 quid. WYSIWYG mate.”

I suppose I should also mention something about development since this is a Dev diary. I refer you to the screenshot. Chantelle was slacking on Friday so in her absence I cloned her digital counterpart. Turns out that digital gladiatrix Chantelle can’t code for toffee, so that was a waste of time and I couldn’t even play the game because with nine of them, nothing could even step on the board with out being slaughtered.

Even though it didn’t help the production, there was at least one bonus side effect. After I had colour coded them to keep tabs on who was butchering which piece of code, I realized that, completely by chance, I had chosen the eight team colours for the game. Isn’t that unbelievable?

Yes. I agree. It does sound like a load of bollocks.

Shut up complaining and go vote on Greenlight. You know what this place is like. Every time you come here the little voice in the back of your head whispers “It’s full of lies.”

I think you might get some sensible honesty in our next blog post though, as I likely won’t be writing it. Chantelle said she was going to hijack the blog and talk about something girly, like clothes and sewing.