The original plan this week was to do a large game and start at 1530. Unfortunately other project obligations kept everyone busy until almost 1700. That meant if we started the game it would likely take us until 2000 before we finished. Assuming people wanted to go home or simply didn’t want their cars impounded, we needed to rethink.

This was a failure to plan perhaps, and they say that failing to plan is planning to fail. So that’s what we did. We planned to fail.

What I mean by this is that we performed the destruction test. A test where the idea is to push the system beyond its limits and break it so that you can gather useful information on the systems limits. The idea is that you don’t tell the players that it’s going to break and let them find those limits by themselves. Interestingly either some of the players figured out it was the destruction test or just got really into the spirit of things when they saw ambiguity in the rules. Either way. The game started down the fast lane to disaster.

8 players, No GM but with 5 GM dice instead of 3, no turn time limit and new complicated monster spawning rules (which probably changed mid game). What was most interesting was that after some discussion the players (2 in particular) decided that you could kill anyone you like and got a point for whoever you killed. This was odd because we believed that we had already established that it was almost impossible to tell who was responsible for some deaths. We pushed on regardless and the game went to hell even faster than anticipated. Not only did the game fail pretty much as expected. There was also a huge amount of discussion about why it failed as well as what worked and what didn’t, long after everything had been tidied away.

So ultimately the game was a complete failure, but the test was a complete success. Even got a few new ideas to try out as a result. Now I guess I should apologize to all the players for bringing them into a doomed game but despite the confusion and the arguments I think everyone still managed to enjoy the gathering.

In other News, Andy Chan has provided a new more fantasy style for the concept art. We are all in agreement that it suits the tone of the game far more than the style I did initially. So we will proceed accordingly. Here is the new character who looks pretty badass. I look forward to building him. Well, Ideally I look forward to someone else building him but I don’t see any volunteers. 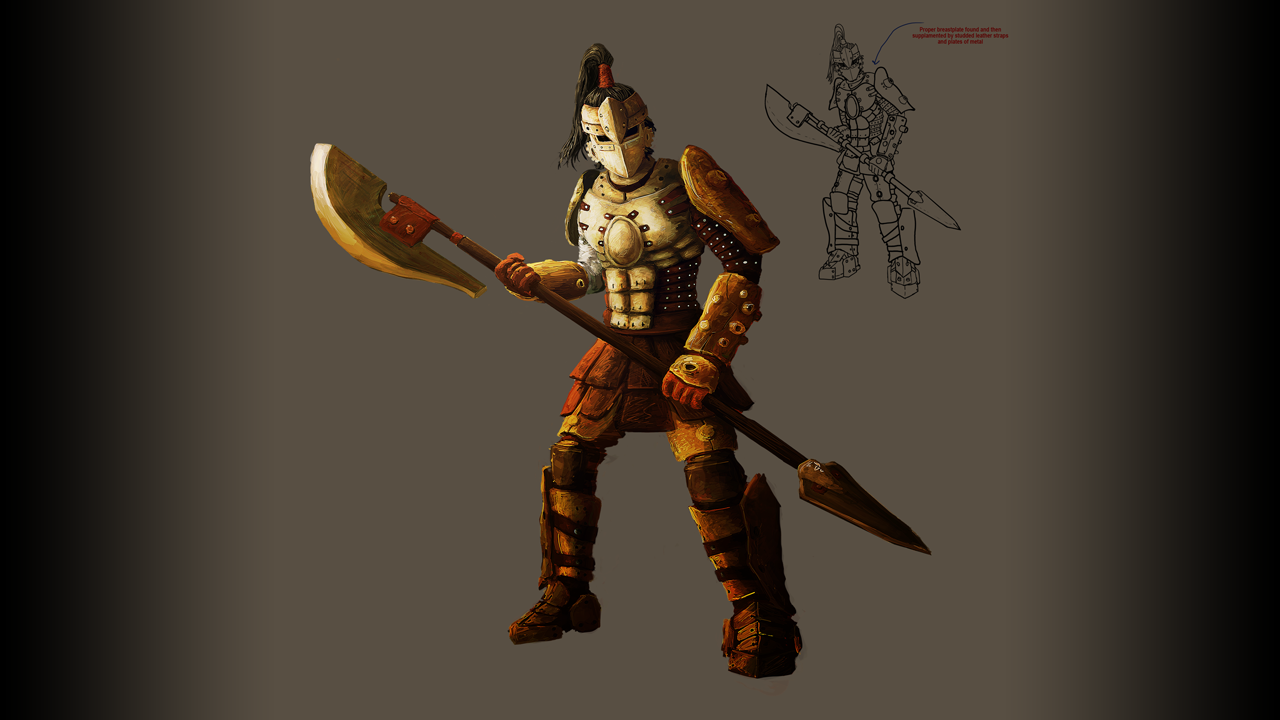