Dev Diary, 8 Dec 2014: That Time We Went to Eurogamer in Costumes 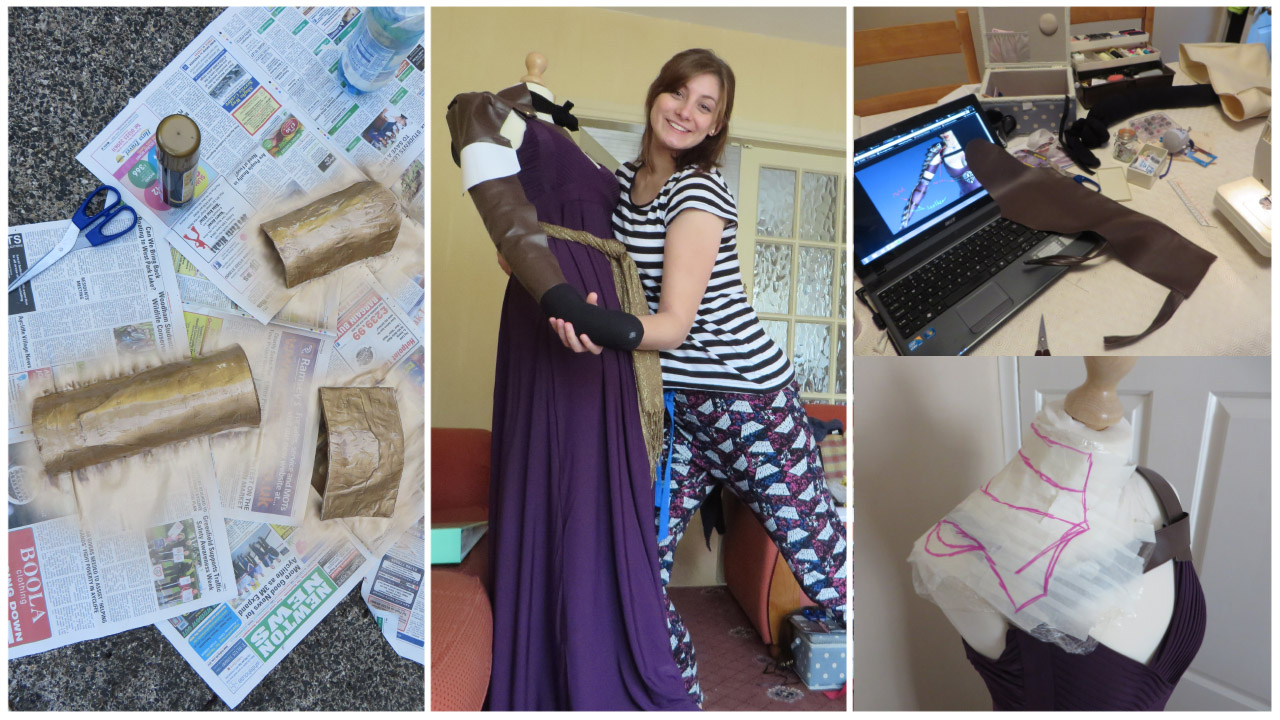 Guys! Hello! Chantelle here! It has come to our attention we haven’t really discussed EGX 2014 since we’ve been back. After all, it was only a month.. no.. two (?!) ago. Well I’m going to tear myself away from some beautiful, goffic Harry Potter fanfic .. erm, I mean work.. and tell you about the time we dressed up as our characters!

This was Graham and I’s first time wearing cosplay, however I’d already been working on an Assassin’s Creed costume knowing I’d be going to the Eurogamer Expo and because I became so obsessed with the idea of cosplay I HAD to make a costume. And what better way to show off our game and have some fun than by dressing up as our in-game characters!

You’re probably thinking “oh my gawd, you nerds! You’re too old to be playing dress up!”, but the response we received from being in costume was amazing! Everyone was really impressed by our craftsmanship (yes, we made the costumes ourselves) and maybe even our bravery, and I think the fact we were enjoying ourselves so much probably rubbed off on everyone too! I’d like to say a massive thank you to everyone who came up to us and asked to take a photo with us or pay us a compliment; you made me feel like a superstar for four days straight.

Graham’s Ashon costume involved a lot of metal work, which is completely out of my ability and means, so although Chantelle’s costume also involved a lot of metal armour I had to find easier methods and resources to recreate it! Craft foam! As a n00b cosplayer, it is a really good first material to use to make armour! My entire gladiatrix plated sleeve armour, neck guard, boob shelf and arm and leg guards were made from craft foam. Craft foam is pretty flimsy, but it’s really easy to heat and mould into various shapes as well as being really light to wear. By the end of EGX you could see it was starting to look a little worse for wear. I initially tried to papier-mache the arm and leg guards which was a poor idea and didn’t have the effect I was looking for. So I skipped this step for the rest of the armour pieces and instead coated everything in copious amounts of PVA glue (I went through two bottles of the stuff between my two costumes) which is incredibly time consuming! A couple of coats of a gold/bronze spray paint later, and my armour pieces were almost complete. Each piece was then attached to a pleather back which I could attach to my arms and leg with velcro straps. In the future, I would never recommend using velcro straps, especially whilst wearing gloves! Next time it’s going to be all about elastic!! Fee was an absolute life saver and had to help me everytime I wanted to put my costume on. I couldn’t have done it without her! My hands were completely useless because of the gloves I was wearing.. I say gloves, but they started life as a pair of tights which I had to painstakingly sew fingers into and seal with nail varnish to prevent laddering. They needed to be attached to me with body tape to hold them in place because of the stretchy-ness of the tights! 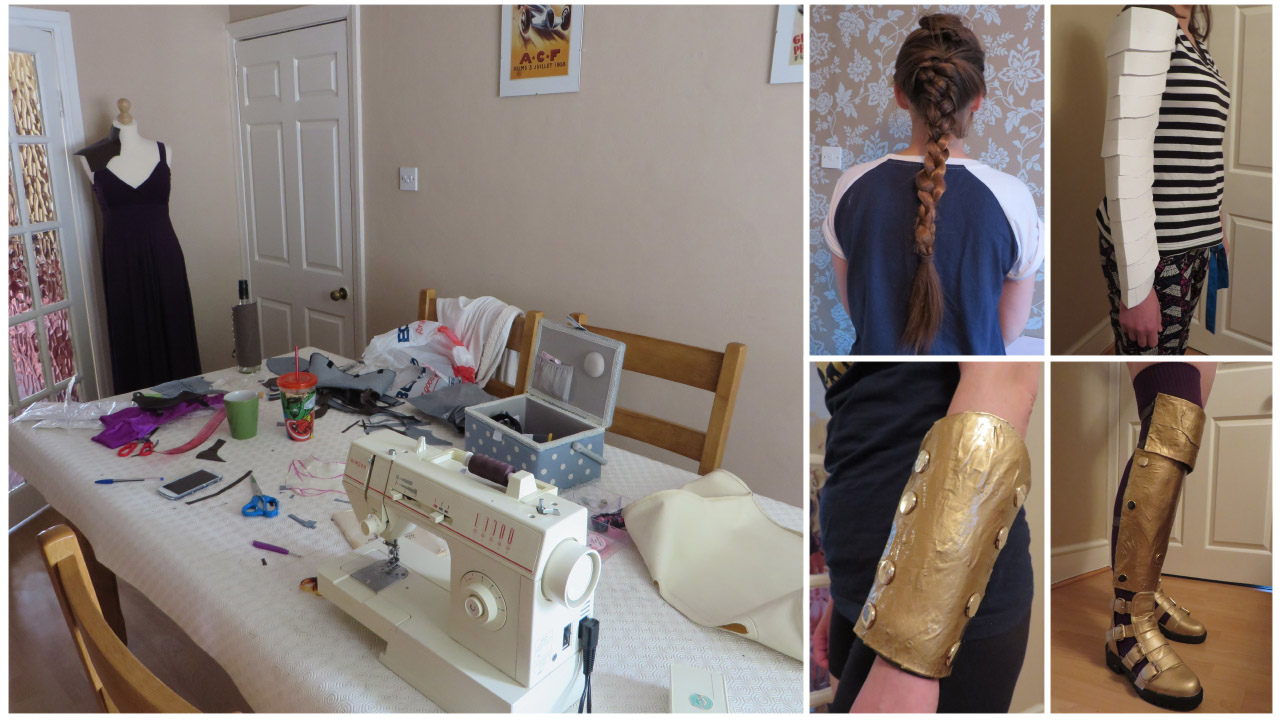 This costume was by no means comfortable to wear! In comparison, my Ezio costume involved a normal pair of leggings, flat boots and a blouse and tunic.. I could sit down, move and hold things in it!! The Chantelle costume I could not! But despite that, it was incredibly fun to wear! Graham and I entered the cosplay masquerade on the Friday afternoon which completely pushed my confidence/comfort levels. You know that feeling when you’re about to get on a rollercoaster and you know it’s a bad idea but it’s too late to back out.. that was the exact feeling I had before getting up on a stage in front of a crowd of people I couldn’t see and prance around and look menacing. But that experience was amazing and thrilling. We met so many nice people with some fantastic cosplays. There are some very talented people out there.

I can’t help but feel like I’m starting to ramble a little bit now. I’ve barely talked about my construction process or our entire EGX experience! But I imagine a few people are TLDR-ing right now. In what I’ll try to keep a brief conclusion.. at the end of the day, working on and wearing a cosplay to a public event was an absolute highlight of my year, but also wearing a costume I made for my character on the game I’ve been working on.. icing on the cake! It was a long process; my Ezio costume I’d been working on since January, and my Chantelle costume was a good few months.. but it was so worth it! It was worth every bit of blood, sweat and many tears. So there we go.. our first foray into cosplay and it was a massive success. 🙂