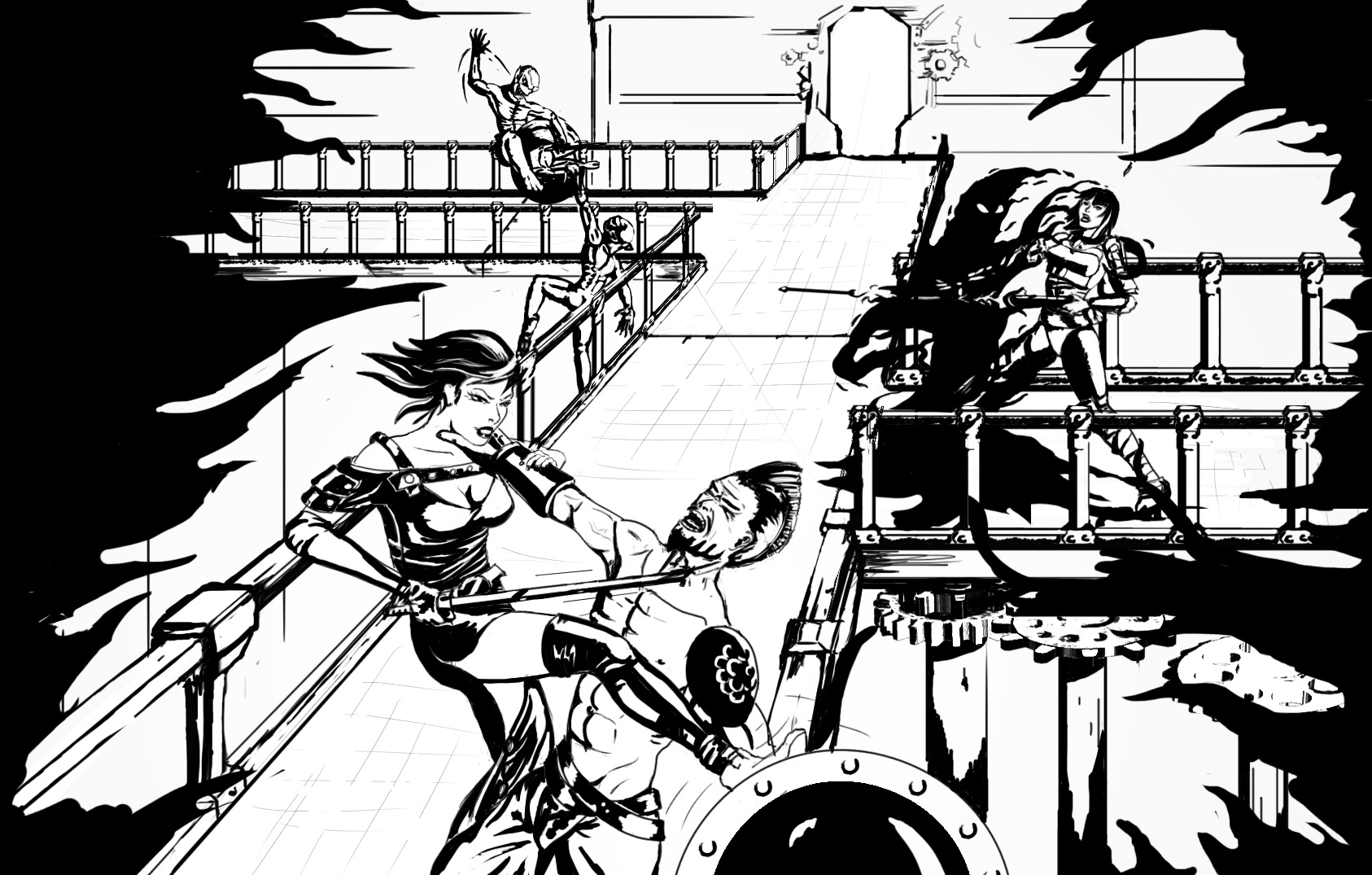 After the destructive testing that was performed last week there was a return to simplicity. Contextual rules were removed and replaced by constant ones. Additionally the skillsets were given some extra power. This made the game extremely violent and aggressive, especially given that the objective was assassination. Despite a little awkwardness with spawn points which we’ll need to iron out, there were no problems and all the players had a fun time.

With assassination each player must kill the player on their left and to be successful you have to be very aware of all of the other player’s positions at all times, after all, killing a player that isn’t your target will result in someone else getting a point.  In addition to this, with 4 players the relationship with the other 3 is interesting. You have one person trying to kill you, one person you are trying to kill, and a third person who is neutral to your cause. This neutral  person is also the target of your target, effectively making them bait.  All this makes for a weird and entertaining dynamic of two uneasy alliances.

The battle was vicious and there were over a dozen deaths. Yet despite the game remaining close until after the halfway point, it was once again Chandelle who emerged victorious through a combination of avoiding death and other people’s mistakes.  Although it has to be said that manipulating other players is as valid a tactic as anything else. All is fair in love, war and dungeon survival I guess.

That’s how it was supposed to work anyway. In reality things are more chaotic with players foolishly fighting back against their assassins, players killing themselves, and players getting too friendly with their neutral “ally” and doing their work for them.

So now Chantelle is 3 Victories for 3 games and Samy will be sad since he was off this week so unable to prevent such an outcome.

Regardless of the outcome the game was a big success. I drew a little picture as a reminder of the match. I might even change Chantelle’s character to have red hair instead of blonde if she wants. Mostly I’m just itching to start full swing development. If things go well, maybe we can get the board game version to Rezzed and show it off.