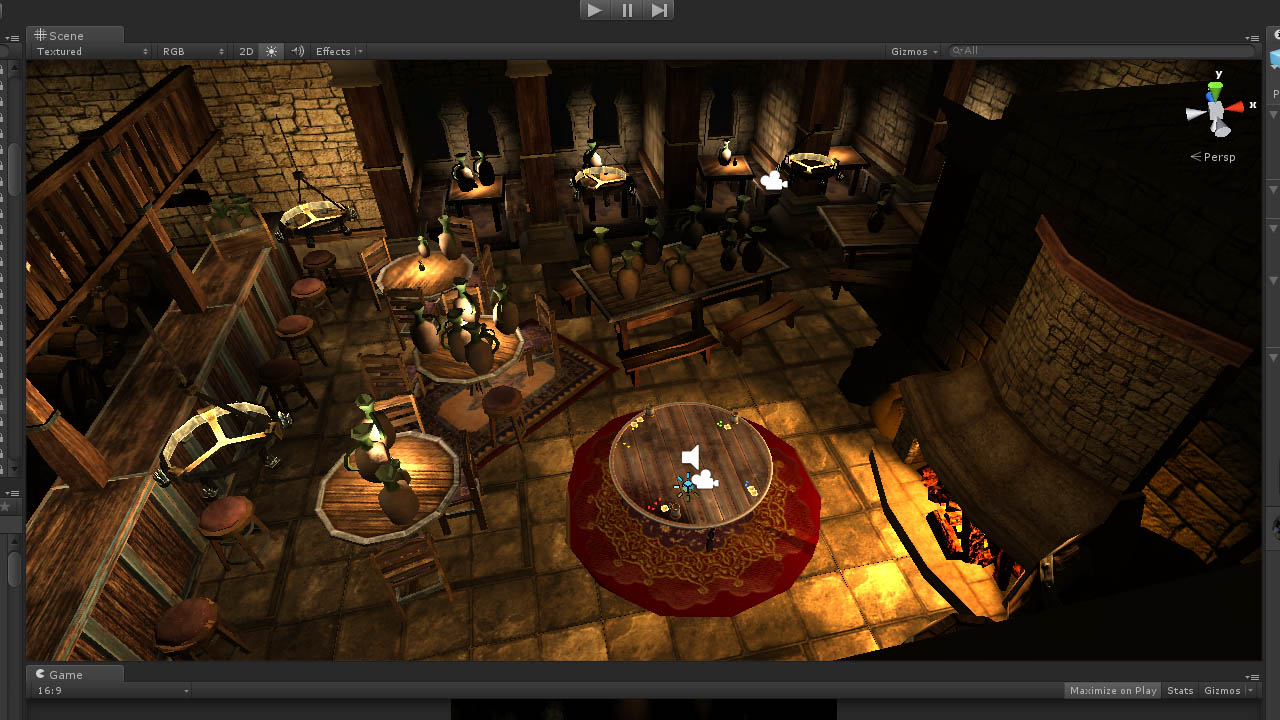 Who as it turned out, had not been run over by a gigantic badger, but had in fact, both been working on the lovely tavern you see above. We are showing you this now, because in the game you only really see it as blurry background decoration. I don’t think we should ever understate the love and care that goes into the creation of background decoration, whether it be actual wood, or just wooden. Anyway, enough digs at politics in the games industry for this paragraph. In game it just looks like the below pic.

Yup. It’s that blurry stuff you can’t see above the table. Shocking. I can imagine the pair of them weeping now as we have essentially censored their artwork. We might need to allow certain angles where things aren’t so blurred just so they can get a decent screenshot for their portfolios, because once where their was beauty, there is now only a blurry brown mess (like many last gen games I suppose).

Still, moving away from politics and onto the next thing that’s happening… Oh. there’s more politics? Really? Apparently there is this thing about a gate and only gamers are allowed to go through it… your saying it’s not about that? What’s it involve then? Gamers vs game journalists? Wait, I thought games journalists were gamers? Oh I see… there are also Social Justice Warriors, and Trolls and evil doers, and damsels, and sex, and nefarious plots, and oppressed people. That all sounds like a standard plot for a fantasy game I reckon.

STOOOOP! None of these people are stopping us making games right? You’re saying some of them might not cover our game if I have an opinion on this they don’t agree with? Pfft. Empty threats. We get zero coverage anyway.

And with that thought. Let’s have a sad face interlude….

Well. Never mind all that hullabaloo.  We have a tournament to run next week and a load of people still haven’t signed up for it.

OK you dirty scummy lot, and associated lovely people if that applies to any of you. Sign up for the tournament as we need your support. If you don’t, we’ll have to send you polite reminders.