We decided after some, mostly technical discussions that we were going to go for a semi-realistic style. We had talked about just doing 2D with sprites. Then we thought we could do it all low poly. At the end of the day though we decided that cartoony or retro wasn’t what we wanted, and with most modern hardware the real limiting factor is production time/ costs. We looked at the market and saw what other people were doing. Most board games are fairly cartoony although fantasy games tend to use a darker more painterly look. We debated that a little but in the end we just said “Screw it. Let’s do it full 3D” I could pretend that it was a well calculated choice based on market analysis and trends but the truth is that the last two games we have done were totally 2D and now I really just wanted to do something 3D. It was an emotional decision that I can pretend to justify with stats and figures. 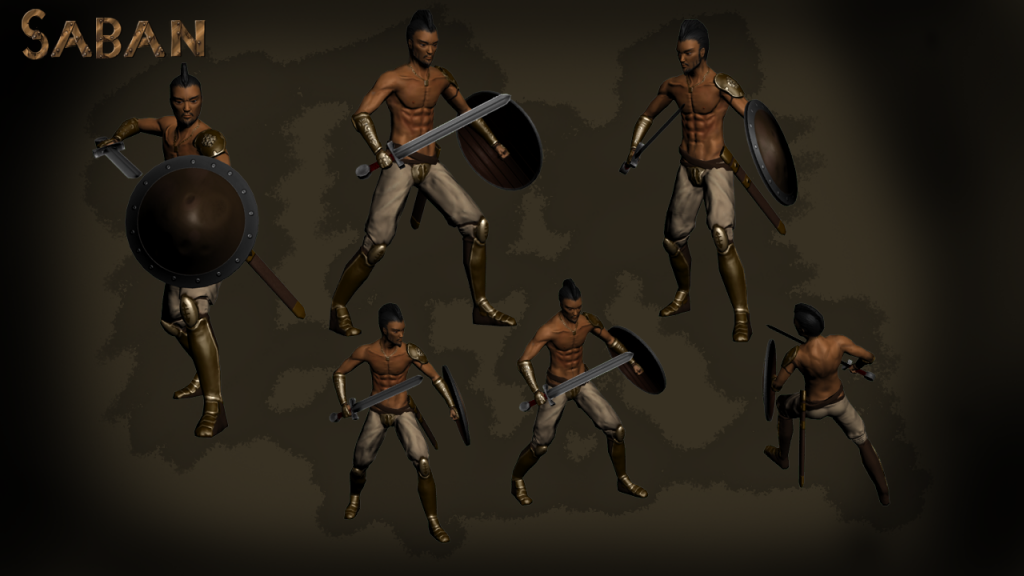 This is Saban. He is our test character. Whether he makes it into the final game or not depends on how his second pass goes. He needs his own sword and a shield emblem, but he’s also supposed to have a large tattoo down the right hand side of his body. He’s a bit over 3K polys but has a normal map and specular map to make up for it. This means he is scalable for different platforms. Design wise he has resin armour, low rider trousers, a cod piece and a mohawk haircut. Not your standard male hero from the current generation but that’s a discussion for another day, and we are open to input. 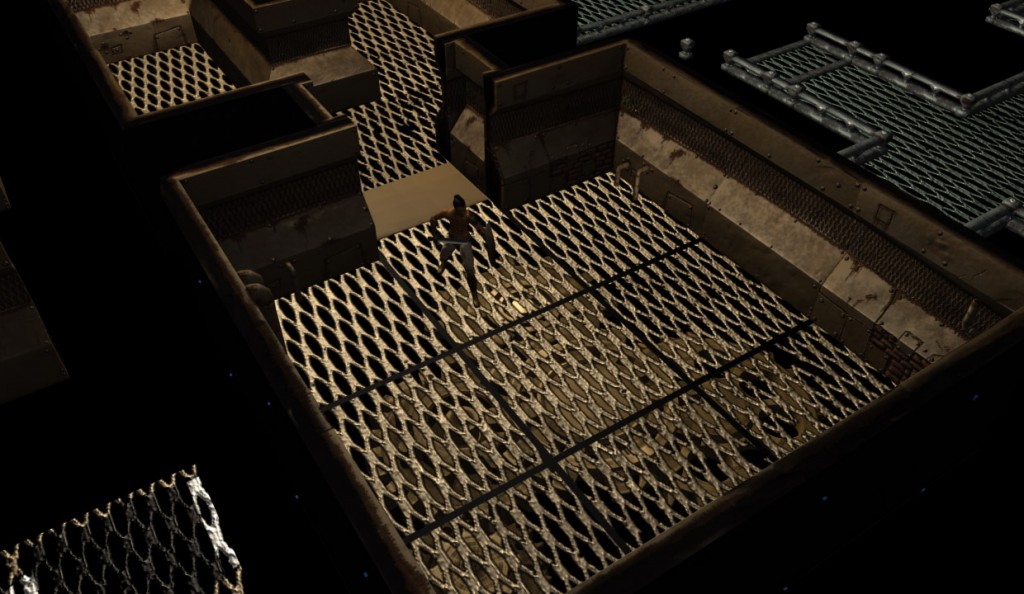 Here we have a first pass render of a tile set. As you can probably tell we are trying to stay stylistically close to the board game tiles. You can probably just about make out the cogs under the floor. Ben has been testing transformer style transition animations for the whole thing and it’s looking pretty cool so far. Perhaps a little dark and gloomy in this image but I just shoved a single point light into the max scene to test it. We’ll probably end up making the character a little larger relative to the tiles as well. At least we and I guess you also now have a decent idea of where we are heading visually but I imagine there will be much more discussion on this matter in the weeks to come.

That’s all for now.