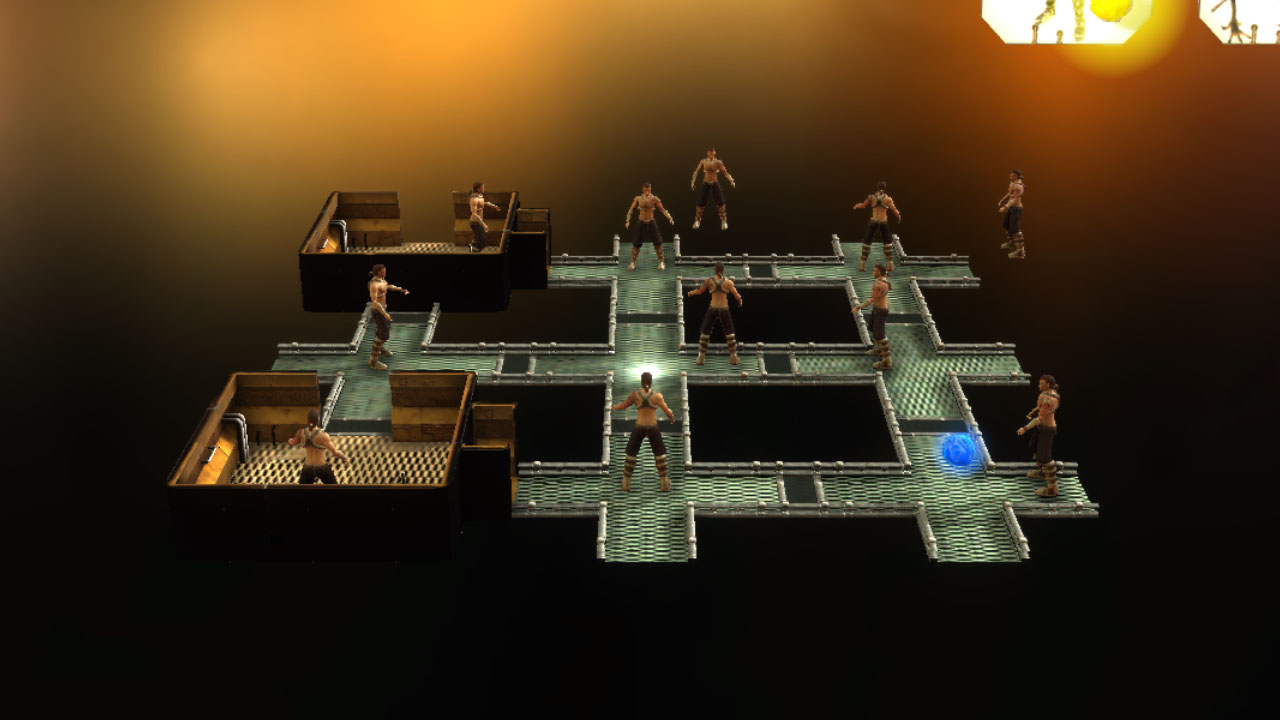 And that, is a handy guide on how to count Rojefs.

See you next week/ month or something…

What? you were expecting some context to all this. Um.. well ok.

There are a lot of Rojefs in the picture.

I know that still leaves you with a couple of questions like;

Where is his sword?

Are all the Rojefs friends, or have some of them fallen out over who has the hairiest chest?

With eleven of them, how do they make up a barbershop quartet?

Or you may actually want to know what the hell that picture is about, in which case the answer is that we are finally starting to get the version in with animated characters. Sure the animations are mostly broken, and parts of the placeholder floor are transparent, but in terms of pure functionality it does work, even if the dodge currently looks like a romantic waltz by a lonely barbarian with two left feet.

Also of note this week, is that Neither myself or Chantelle are in Brighton at develop. We’re too busy, and apologize to those of you who we would have enjoyed hanging around with down there. We expressly do not apologize to others of you who we don’t like, and hope you have a rubbish time, and the tide comes in and gets your shoes wet unexpectedly. As to whom that statement refers to, we’ll leave it up to speculation and your own individual paranoia.

Finally. I wish to address the robots from the internet who post spam comments  to this blog. Thank you! Some of you have become so intelligent that you strip seemingly random words from other parts of the internet, and then post phrases that are comedy gold worthy of olympic standard, Cards against humanity. For the crowd, here are some of the highlights.

So yeah. With those words of wisdom I bid you all farewell until next time.