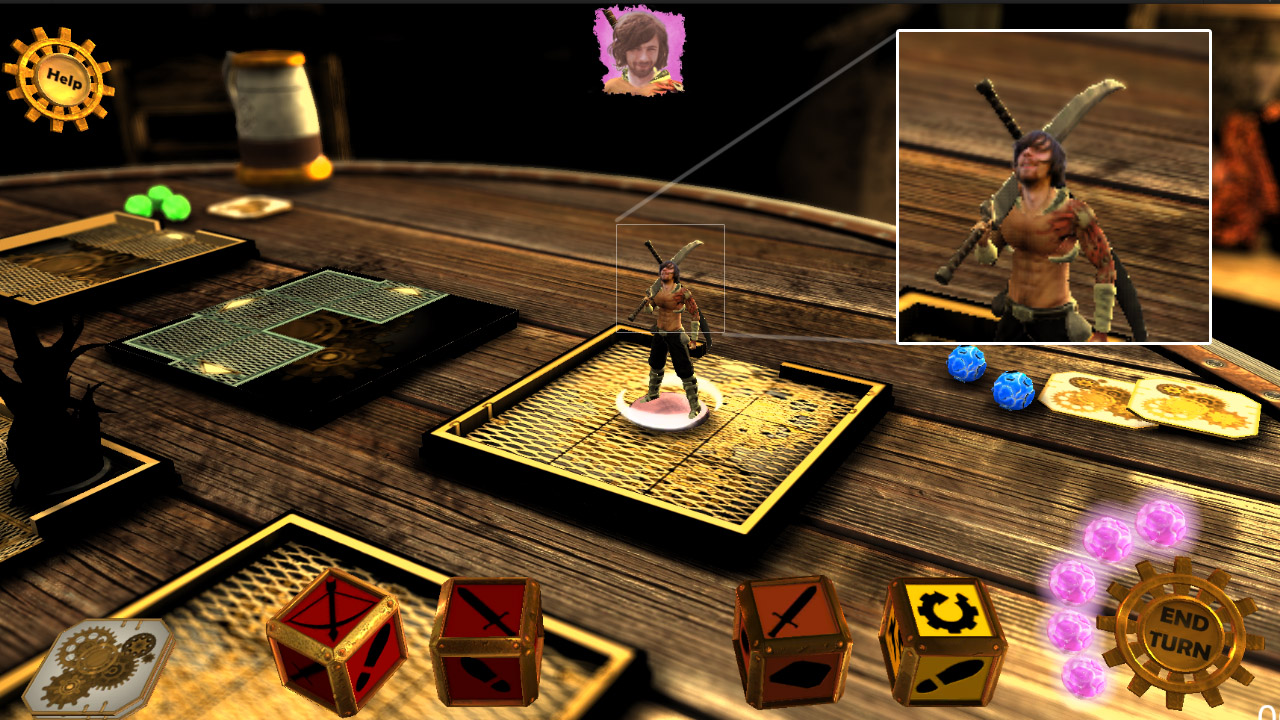 Hey everybody. How’s it all going?-WAIT!

If you haven’t already gone and voted for us on greenlight, get your no doubt beautifully toned arse over there and Greenlight us.

OK. You done. Good. We can acknowledge you as a person again.

Thanks to everyone who came and enjoyed the The Living dungeon at Bruceson <>, or perhaps it was Gamebridge. either way we had a great time whether we were demoing the game or just sitting around having a chat and abandoning co-workers. There was a claim that this was a difficult job and what was actually happening was canvassing for feedback. As you can see, the result of this feedback has been the hugely demanded Pink Gem!

Yes. It’s in the game. That is not a photoshop and someone owes soemone else some form of chicken. If you need a closer look at the gem please click here.

You may also notice that the screenshot contains tribute reference to the inspiration for the character Rojef, Adam “Steroids” Dickinson. Don’t worry, we know he doesn’t really use steroids and his physique is purely down to hard work and natural athleticism, but the guy is a monster so you could be forgiven for making the accusation. He must have just crushed a wretched between his pinky toes as he is looking rather pleased with himself.

In other news, things are going absolutely awesome! except for my ability to update this blog regularly which could be described as ‘a little lacking’. We do have a few announcements to make in the very near future though. Look forward to your world being turned upside down by such life shattering revelations as provided by this gentlemen.

Oh Wow! Did you actually watch more than 10 seconds of that? I’m so sorry. It was just meant as a joke.

I’ll leave you with the wise words of Jorge, who is a spambot that comments on this blog, or a blind quadriplegic Russian with a very poor grasp of English.

“obviously used the teenager, griddle was battling a tad indoors a monday daybreak losing, passing 0 regarding 3 from the sphere when it comes to five fouls within just 15 tracfone minutes using battle.”